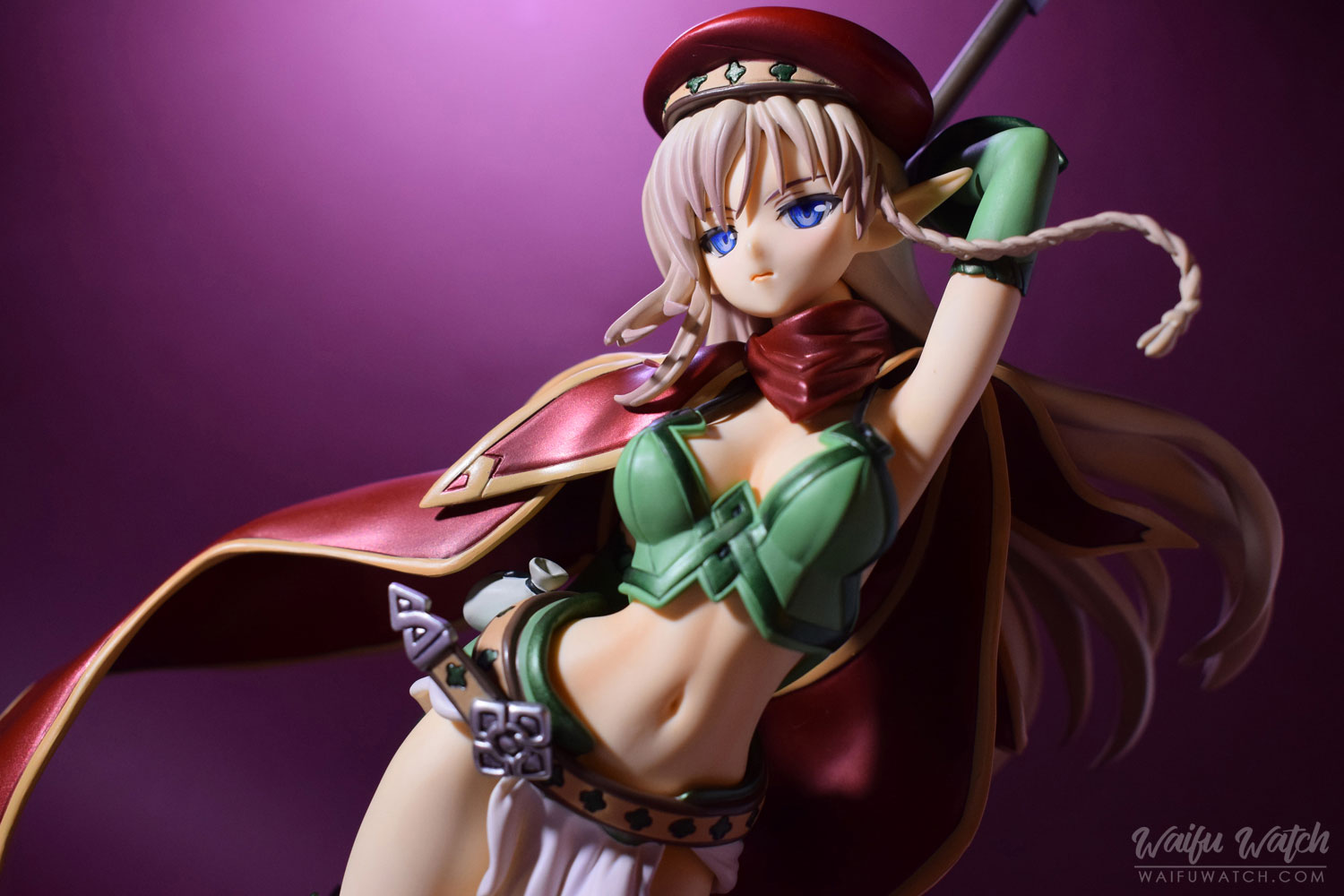 Alleyne (or, as I insisted on miscalling her for a while, “Aliyene”) was my first cast off figure. This was my first bold step into an exciting new world of naked plastic chesticles! …But to be honest, there are better cast off figures out there. Her breasts have a slightly squashed shape, and she has an unfortunate case of giraffe neck when you remove her cloak and collar (presumably so that they fit on comfortably). She also suffers from a pose that isn’t really all that sexy, making the cast off option feel a bit unjustified – and getting her in and out of her clothes is a huge pain to boot. The skirt in particular requires some serious fiddling, and often gets caught up between her legs. Still, I guess you can’t complain about options too much.

Despite my grumbling, I do quite like this figure on the whole. When she’s all dressed up, her red cloak is quite striking, and she’s pretty well made – there’s a few odd production flaws here and there (some of which you can spot in these photos) but her price isn’t all that high, so some snags can be forgiven. Her overall look is very bold and appealing – I’ve never watched Queen’s Blade, but it does produce some fun designs.

As for the photoshoot, this was a pretty bare-bones set, shot against a plum card backdrop using two lamps and a reflector. One flagged lamp was dedicated to lighting Alleyne, while a second lamp was dedicated to lighting up the backdrop. This gave the background the radial gradient effect you see in several shots, without lighting things up too much or casting Alleyne’s shadow across it. Alleyne has a very obvious ‘good side’ (as do many figures), which restricted the angles I could use somewhat – still, I was able to get a few good shots from the back, thanks to her nicely made rump. All in all, a fun shoot.