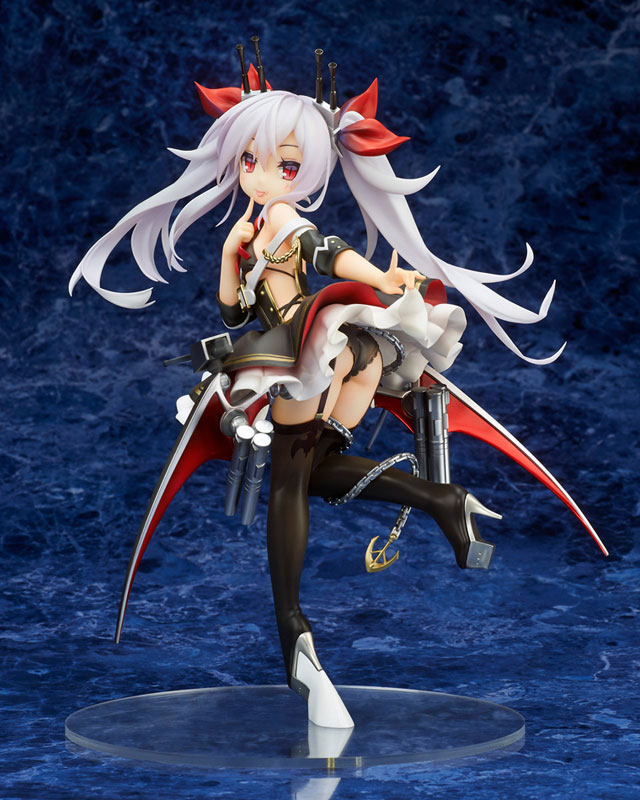 From shipgirl collection sim Azur Lane comes the HMS Vampire! Produced by Alter, Vampire is 1/7 scale and stands roughly 22cm tall. The figure is based on Vampire’s official art from the popular mobile game (seen below).

You can order Vampire now from various stores, including AmiAmi and Nippon Yasan. She’s scheduled to release during July, 2019 at a ¥15,800 RRP (excluding tax).

It’s sorta funny that Vampire’s announcement lines up with her release on Azur Lane’s EN servers. Either way, I really like the look of this figure! I don’t normally go for loli-type characters, but there’s something mischievous and flirty about Vampire that makes this a really appealing figure.

The prototype looks very well made, and it’s done a great job capturing rendering the illustration into 3D. The details look very crisp and the paintjob is slick, too. I’m always a bit wary of figures that balance on one leg like this, but Alter seem to have high quality standards, so it’ll probably be fine.

My budget for figures is running a bit tight, so I probably won’t be picking this one up. Still, I’d love to add her to my collection. If you’re interested in getting this figure, I’d recommend placing a pre-order if you can. Previous Azur Lane figures have been known to suffer some aftermarket inflation, and Vampire is quite a popular character among fans. The game is also gaining popularity in the West thanks to it’s EN server release, so there may be more interest in these figures going forward.