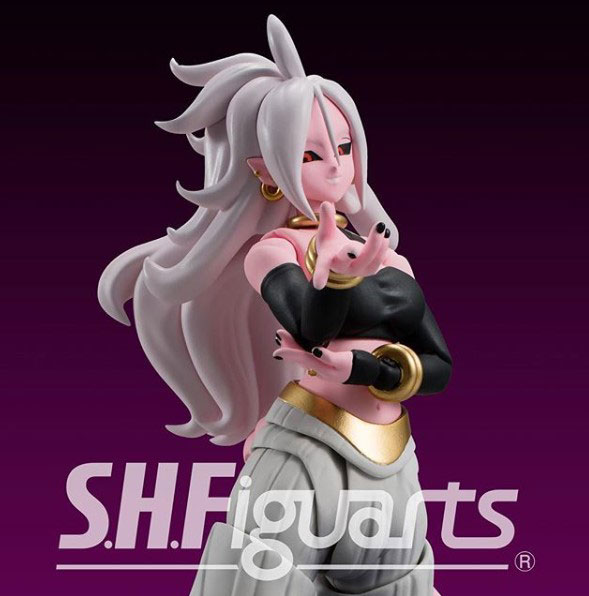 Dragon Ball FighterZ is one of my favourite fighting games, even though I really don’t play it much. Still, I love everything about its presentation and what it’s achieved. I’m also a huge fan of Android 21, the game’s only original character. Her design and fighting style really stand out, especially in a series with only a handful of female fighters. It’s easy to see why so many people call her a waifu.

Since her reveal, I’ve been crossing my fingers and hoping for a great Android 21 figure to pop up – although my hopes have never been very high. Dragon Ball is a weird franchise, at least when it comes to its merchandise. Despite being one of anime’s few genuine globally recognisable names, there’s actually a shocking lack of premium figures from the series. The vast majority of Dragon Ball figures are prize figures, for whatever reason. And these figures generally stick to the main series, with side series like Super Dragon Ball Heroes only getting a handful of figures or gacha toys which usually depict the main heroes. If you want a premium Dragon Ball figure, then you’ll probably end up looking at $500+ resin statues from unlicensed sculptors – and even then, they tend to stick to the main series and its most iconic scenes.

So, as you can probably imagine, I was pretty thrilled when I spotted a familiar pink face in the crowd while I was checking for new figures recently. This was it – an Android 21 figure! And from that first glance, she looked good, too!

….But, unfortunately, my hype fell flat pretty quickly when I realised what I was actually seeing, and recognised the words: “S.H. Figuarts”. And then it fell even flatter once I saw the full figure. 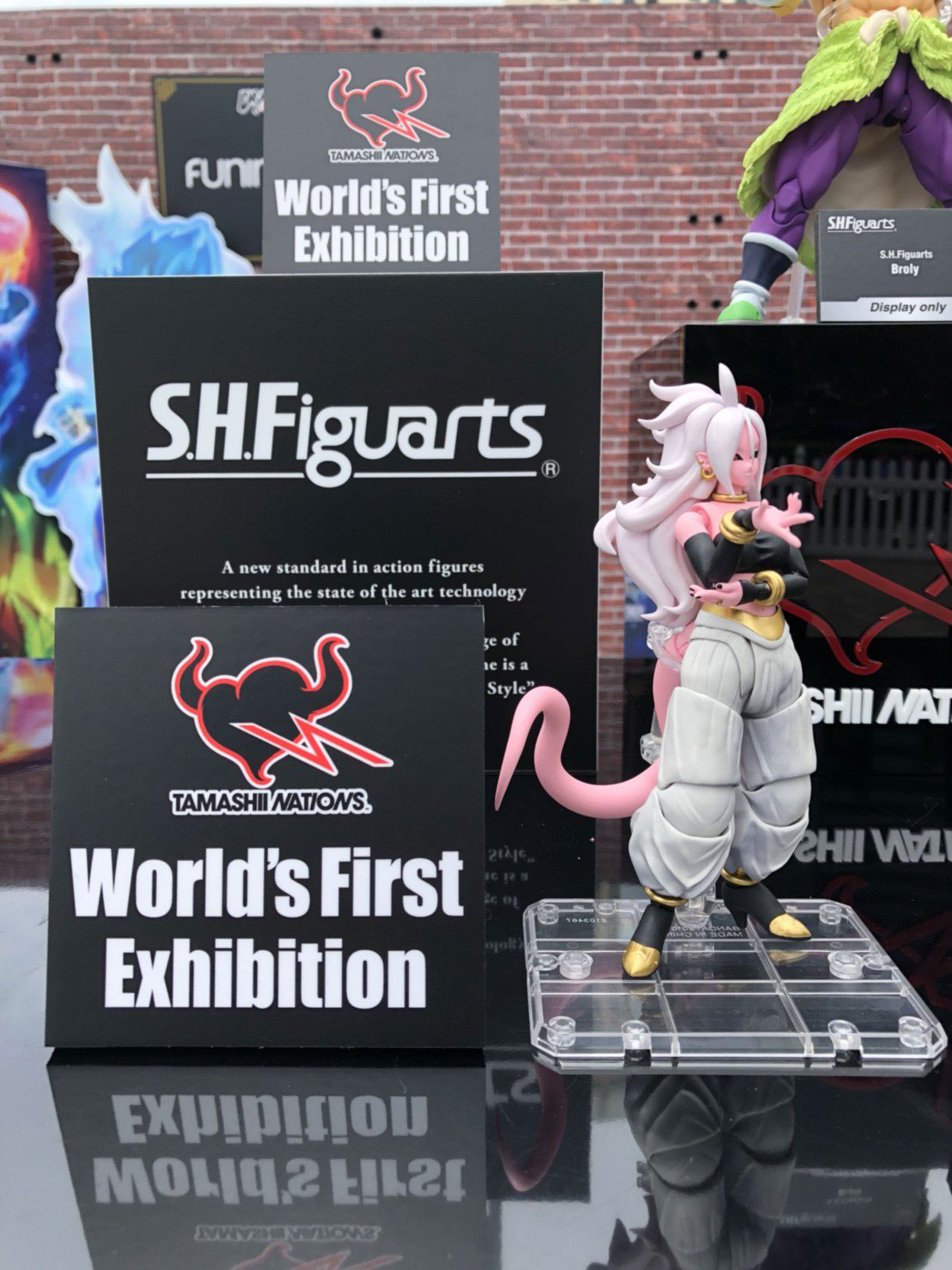 Now don’t get me wrong – it’s pretty clear from the variety of S.H. Figuarts figures that they’re a popular product. They’re actually among the higher end products when it comes to Dragon Ball figures, too. And looking at Android 21, I have to admit the sculpt – while not the sharpest – has done a great job capturing the personality in her face.

But man, those joints. Her puffy (and very comfy looking) trousers have become a vulgar mess of joints, and her shoulders make her look like a robot. In fact, if I’m being brutally honest, she looks kinda …well… ugly.

To be fair, I’ve never really been a fan of jointed figures. While the promotional materials often feature them in all these cool poses, I find that actually recreating them – and keeping the figure balanced – is just too fiddly. Quite often you’ll find that the joints are too restrictive to really get creative, especially if the character has a long coat or skirt. And even with a stand to support them, it can be a pain in the ass to keep them from toppling over. In the end, my figures would always end up in stilted and unimpressive stances, hunched over and awkward – because that was the best I could manage without them falling over.

In exchange for the “flexibility” to pose your favourite character as you please (within the limits of the figure itself, of course), what do you get? A figure with so many joints and gaps that it spoils the overall aesthetic – something that looks more like a kid’s toy than a work of art to display.

Ultimately, it’s a matter of preference – I just don’t like the way jointed figures look, and I don’t feel they’re posable enough to justify the compromises involved. Needless to say, my fingers are still crossed for a great Android 21 figure in the future. Unfortunately, she’s the sort of character who might not get a lot of merch, despite her overall popularity. But hey, I can look at the bright side, too – the very fact that this figure exists means that there’s at least a possibility for another company to do something cool with the character.