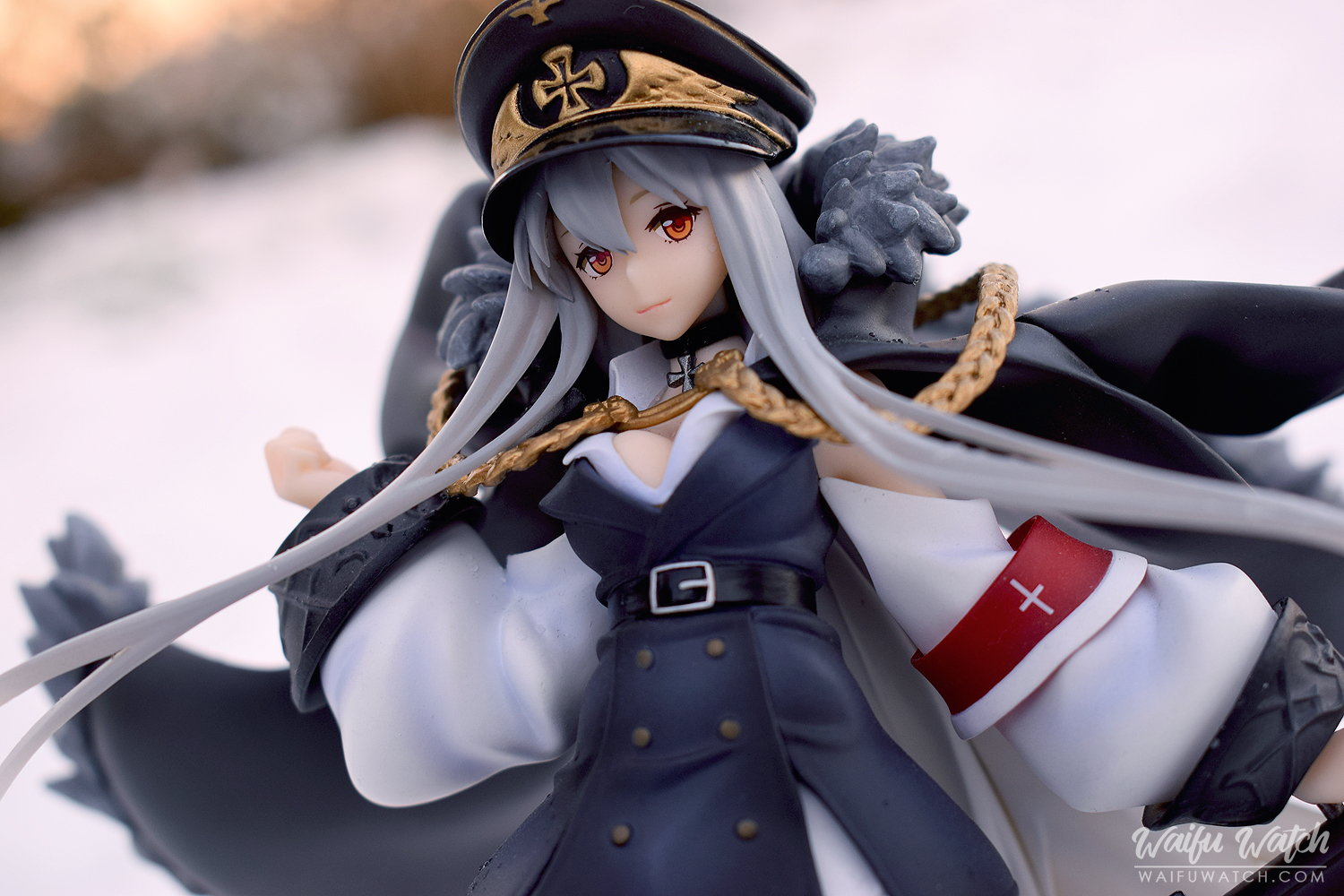 We’ve just had a bit of snow here in England! It’s not often that we get snow, and even less often that it coats the ground like this – usually we get just a light dusting, or else it gets melted away by rain. Since the wintery whiteness has decided to stick around this time, I thought it would be a good idea to take one of the girls out for a photoshoot. Unfortunately, my collection doesn’t feature many women that are dressed appropriately for the cold; if it had snowed sand, and I had a newly made beach in the garden, then I’d be spoiled for choice. But alas.

That said, there is one figure in my collection that fits right into the colder climates, and that’s today’s subject: GIRLS’ FRONTLINE’s own Mauser Kar98k. We’ve reviewed Mauser before, so this is not her first photoshoot here, but it never hurts to take more photos of this very handsome figure. It was a bit tricky getting these shots – since she was on the ground, I had to lie flat on the snow to get a good angle. You’ll notice some droplets and wet bits on Mauser – I thought it would be clever to sprinkle some snow on her, but it melted almost immediately!

Since I didn’t use any fancy lighting this time (just the good ol’ fashioned sun), I’ll instead mention a few tweaks I made in Photoshop. Since I was shooting at around 3 to 4 in the afternoon, the sun was quite low and the light was warm (and my camera settings tend warmer, too). I wanted these photos to look a bit colder, so I cooled down the colours a little and increased the exposure and contrast to make the whites bolder. Nothing too fancy! Anyway – enough about that – here’s the photos! I hope you like them.