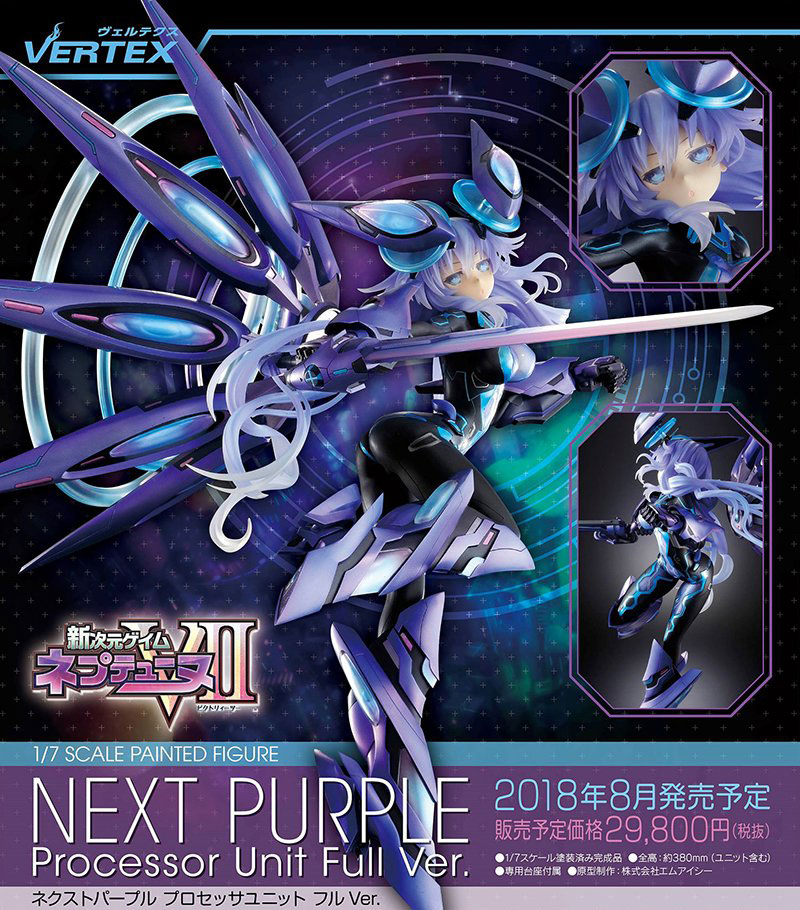 Pre-orders are now available for the ‘Processor Unit Full’ version of the Next Form Purple Heart (a.k.a. Next Purple) figure by Vertex. Next Purple previously released in 2017 as a stand-alone figure, but is being re-released alongside a new version which includes her newly made ‘Processor Unit’ sword accessory.

Next Purple is 1/7 scale and is scheduled to release in August, 2018. As well as her new sword, the figure features a variety of removable accessories, including her armour and choices of hands, making Next Purple very customisable.

The figure is available to pre-order now at various stores. The Full version (including both the figure and the sword) has a ¥32,184 RRP (including tax). The standalone figure is also being re-released and has a ¥26,784 RRP, while those who already own the previous release can buy the sword separately at a ¥5,940 RRP.

where have your reviews gone? Like ur just telling me release info and they aren’t even your pictures so??

Looks like one was done just last week, if you check the reviews section… ^^

Yes, I’ve been a bit busy – upgrading the PC and dealing with some personal commitments – I’ll be working on more original content soon. Sorry for the wait!

Where can I preorder/buy just the processor unit since I already have the figure?

I only see the whole figure…