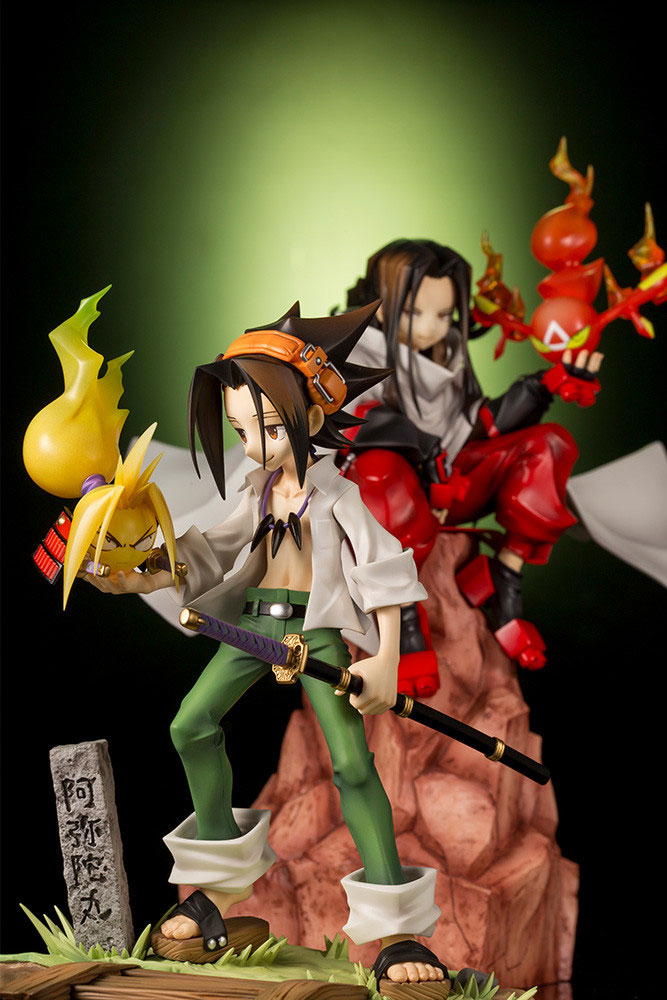 Pre-orders are available now for a pair of figures based on Shaman King’s protagonist and antagonist, Asakura Yoh and Asakura Hao. While the figures are sold separately, they’re designed to be displayed together. The figures are part of Kotobukiya’s ARTFX J figure line, and were made to celebrate the series’ 20th anniversary.

Yoh stands roughly 18cm tall, while Hao sits a bit higher at around 26cm. Both figures are 1/8 scale.

You can order Yoh and Hao separately from various retailers, including AmiAmi (Yoh, Hao) and Nippon Yasan (Yoh, Hao). Both figures have an ¥11,000 RRP (tax excluded). Yoh is scheduled to release in February, 2019, with Hao releasing a month later in March, 2019. 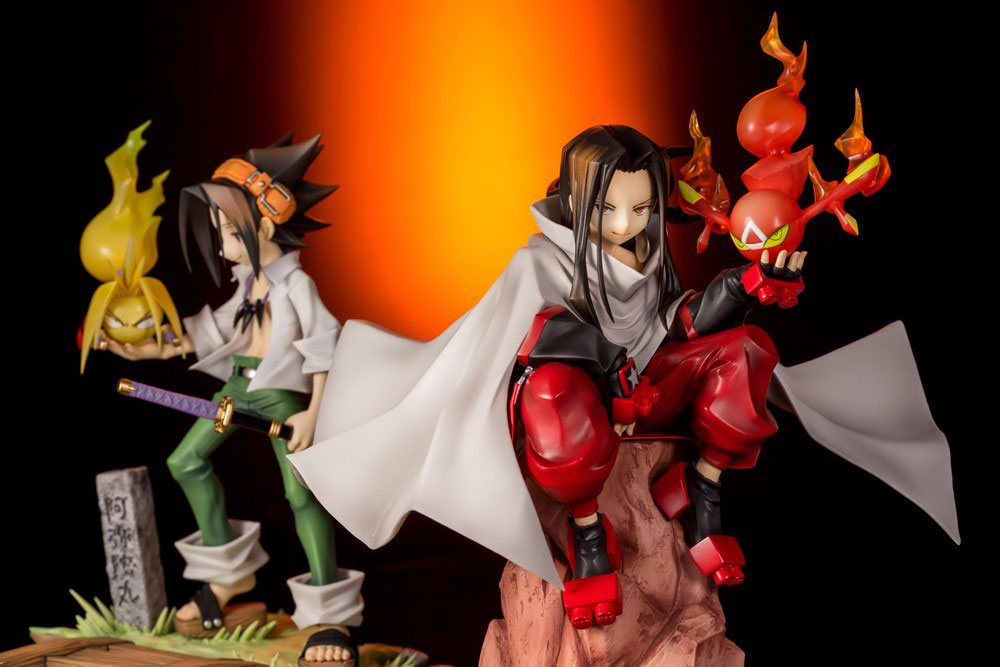 When I was a kid, Shaman King was one of my favourite animes. Sure, it was the 4Kids dub, but I was little and I didn’t really know much better – we only really got a handful of animes on TV to begin with, and this was one of them. The series still remains one of my favourites, with some really cool characters and a fun concept revolving around the partnership between humans and spirits. If you haven’t heard of it, it’s worth checking out.

You can probably guess that I’m really excited about these figures – I’ve had my eye on them for a while, and I think they’ve turned out really well. Kotobukiya’s quality can be sort of middling at times, but their prices tend to be on the lower end too. The prototypes look great – they’ve done a really impressive job making these two figures look like drawings come to life.

Between the two figures, Yoh seems stronger on his own. Putting aside character preference, if I only had the money to buy one, I’d pick Yoh over Hao. That said, if I were to pick these up I think I’d have to have both, even if the full package costs a pretty penny. The combined composition is really strong, and makes a lovely tribute to the series.

I’m not sure if I’ll have room in my budget to squeeze these two in, but you can be sure that I’ll snap them up if I can.