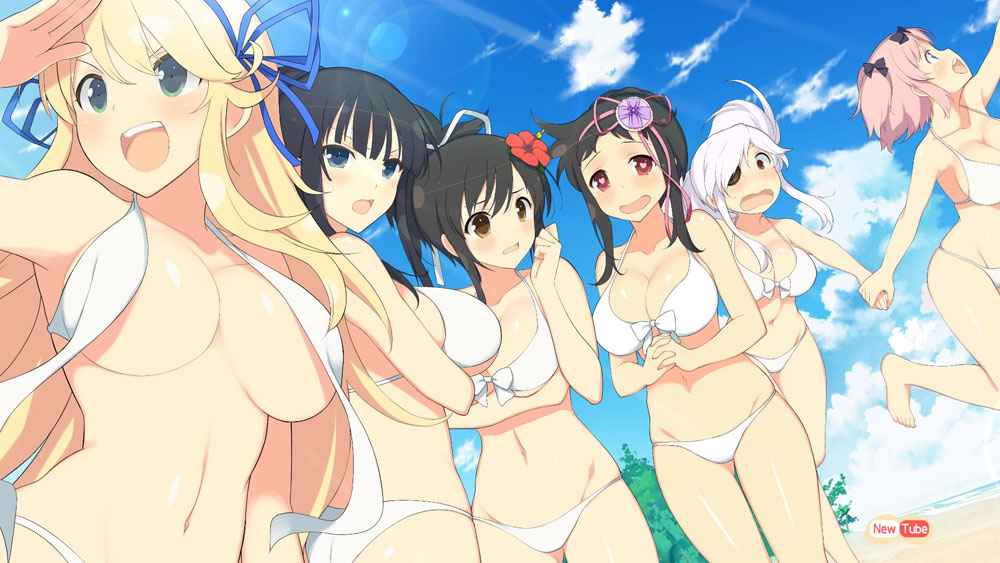 Senran Kagura: Peach Beach Splash is just days away, and we’re here to show you a little bit of the game’s boob-splashing action ahead of release. We’ll have a full review for the game ready soon – if you want to know what we think of the game overall, then make sure to check back soon.  But for now, let’s dive in and get wet!

In Peach Beach Splash’s co-op Survival Mode, teams of 5 players (you can assemble your team with CPU allies or other players online) must defend their platforms against waves of opponents. As the waves progress, the enemies get tougher. Players who want to progress further – and win more valuable exclusive card packs – will need to upgrade their kit frequently to stay ahead of the competition.

Our preview footage shows the first 5 waves across a few different stages, using CPU players as allies. Whether or not the CPU will remain viable as allies in harder waves remains to be seen, as it seems like they default to base level equipment, which would leave them outclassed later on. It could be fun with friends, though! I’d recommend loadouts that favour crowd control – the bigger the splash, the better!

The V-Road Challenge is a single player game mode, tasking the player with taking on a series of consecutive battles, backed up by their AI partners. Players can customise their team freely, and will need to do so to give their allies the competitive edge, as battles get rougher and tougher as players progress. If you lose even one match in a cup, you’ll have to start the cup over again from the beginning. Victory brings prizes in the forms of cash and card packs, so pump up your squirt-guns and soak your opposition – before they soak you!

Our preview footage shows a full playthrough of the first (and easiest) cup: the School Cup. While the game starts you off in the shallow end, the challenge ramps up pretty quickly, as each enemy team will have better stats than the last (as well as a new theme). It’s definitely worth upgrading your team, since you’ll be relying on them to stay alive and prevent the enemy from scoring – no matter how well you perform, you’ll still lose in the end if your team falls apart like wet tissue. If your buddies are still having trouble, think about adding a few support cards to your deck in order to buff and heal your team!

So that’ll do it for this time! If you’re looking forward to getting hands-on with the game – and it’s busty girls – make sure to come back and check out our review. And if you’d like to see more gameplay footage, then let us know!