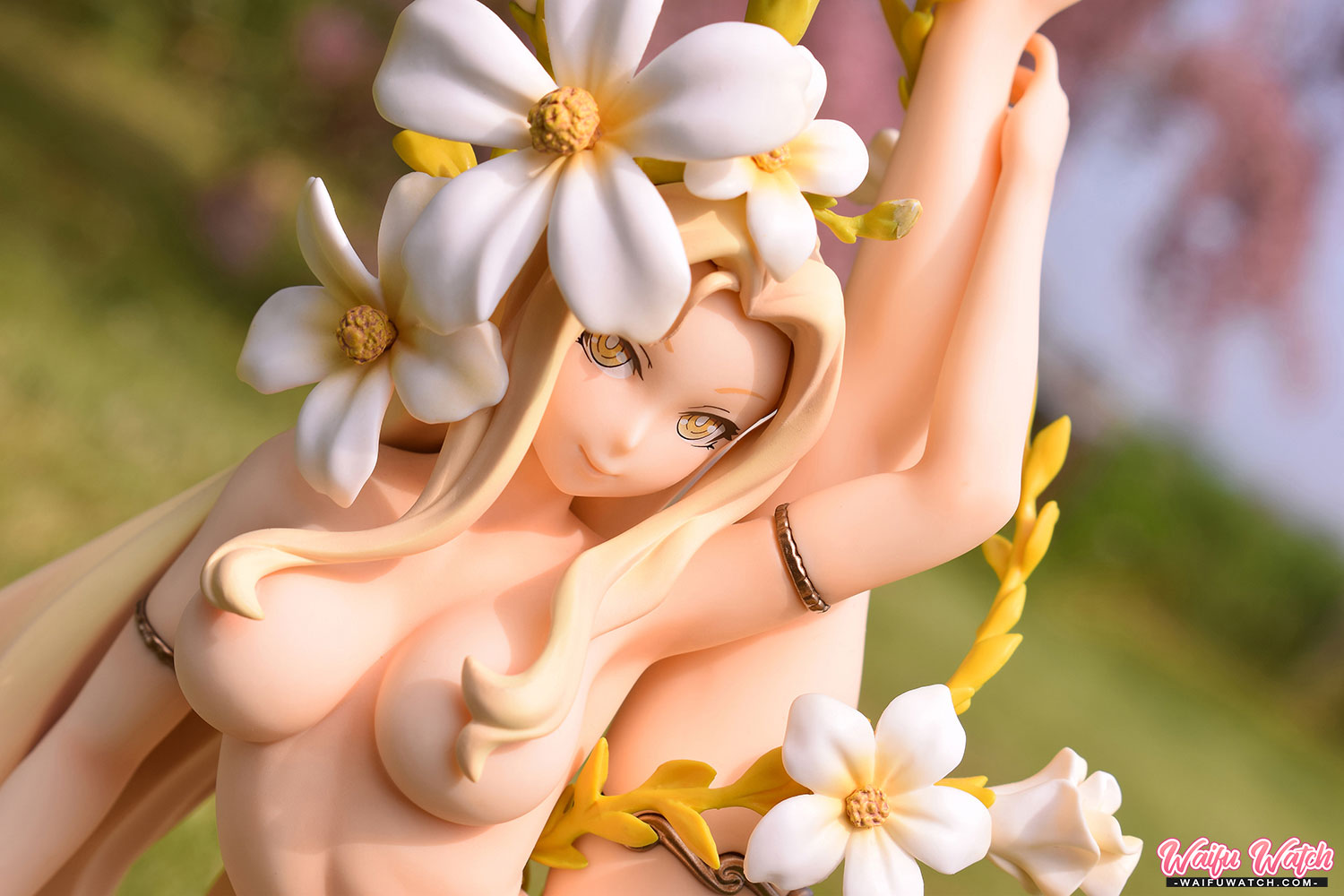 Today we’re taking a look at a figure I’ve had for a little while, but never quite knew how to shoot. This is Daiki Kougyou’s infamous Maria Bernard figure. As you can see, she’s quite the flexible girl, and the flowers and vines wrapped around her nude body gives Maria a very ‘natural’ look. That put her at a bit of a contrast with the sort of photos I’m equipped to produce, which often use dark backgrounds and harder lights.

Luckily though, I was able to get outside with Maria during one of England’s brief sunny spells and take a few photos! For that reason, there’s not a lot to say about the set-up. I used the sun as the main light (obviously) and brought along a small mirror as a reflector. That’s really about it! I’m quite pleased with the results, although I perhaps should have thought about standing her on something so that I didn’t have to get so low to the ground for some of these shots… I’m still interested in taking more photos in a studio set up, just to see what I can do with her. Perhaps I’ll even make a review while I’m at it!