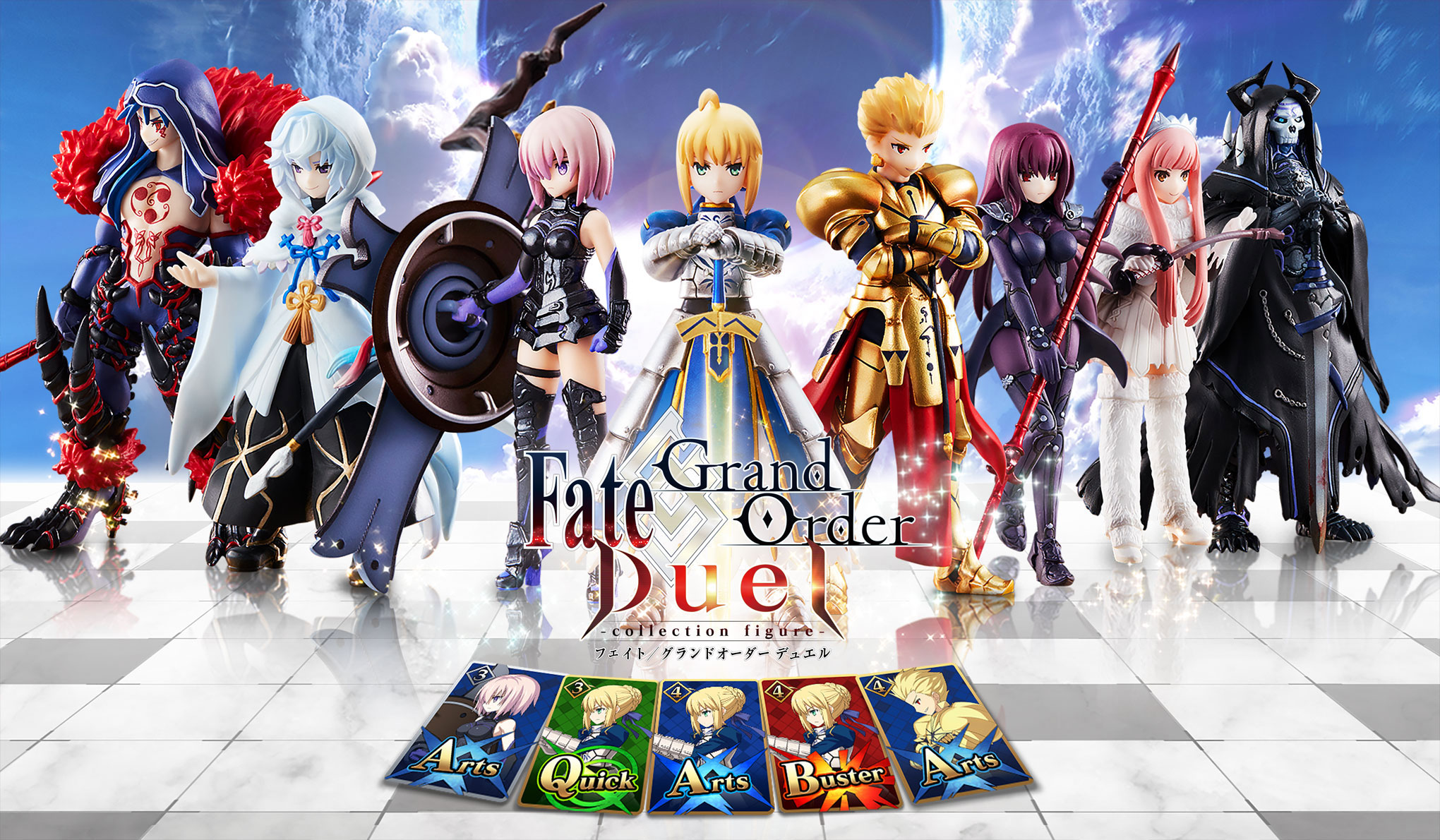 Recently, Fate/Grand Order developers DELiGHTWORKS announced an upcoming Minature Board Game titled Fate/Grand Order Duel. While scant little details have been revealed so far, what we do know is that players will use collectible mini-figures and Command Cards to do battle between Servants on the battlefield.

The game features “gacha elements”, similar to the Fate/Grand Order – Summon Pencil Servant game released a while back. The collectible figures used to play the game are distributed via blind boxes; each box contains one random Servant figure, along with their respective Command Cards. Each box has an RRP of ¥1,200.

Following the intial reveal of the first series of figures (manufactured by Aniplex), a second series of figures was recently announced. You can find official photos of the figures in the galleries below. We’ll be sure to update you when more details emerge.

Series 1 is set to release in August 2018, and features 8 Servants in total, as follows:

Series 2 is set to release in September 2018, and features the following 5 Servants: