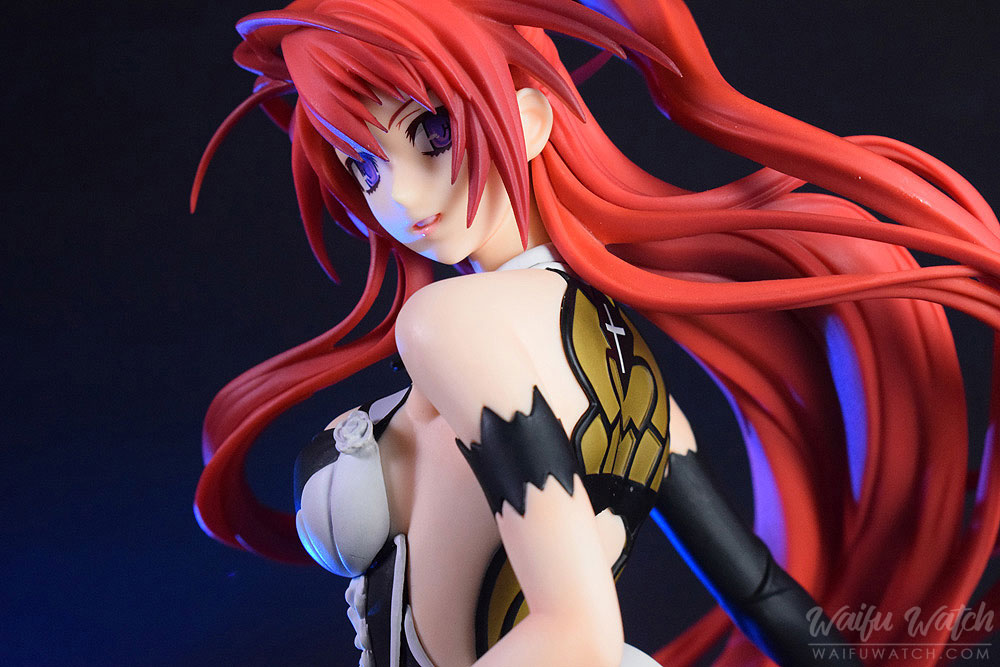 A simple photoshoot using a black card backdrop, two white lamps and a blue LED light for flavour. It’s a bit of a tricky figure to light, but it came out pretty well overall.

Wing’s rendition of Ignis looks gorgeous – she’s well made and quite tall, so she really stands out. She is a bit costly, though – probably due to her swappable nudie torso. The bright side is that it means there’s no pesky paint transfers to worry about when you undress her. The downside is that her head can be tricky to remove and replace because of the thin strands of hair, which look great, but feel a bit fragile.

A fun story about this figure – it’s not actually my first Ignis figure. My first was Max Factory’s 2006 version, which I picked up for a decent price (somewhere between -30) – she was much more striking than most figures I’d seen, and the perfect fit for my budget at the time. Unfortunately, she had terrible lean issues, which got so bad that she eventually decided to throw herself off my shelf, tragically dashing herself to pieces on the floor. It’s really exciting to welcome another (hopefully more stable) Ignis into my collection after so long.