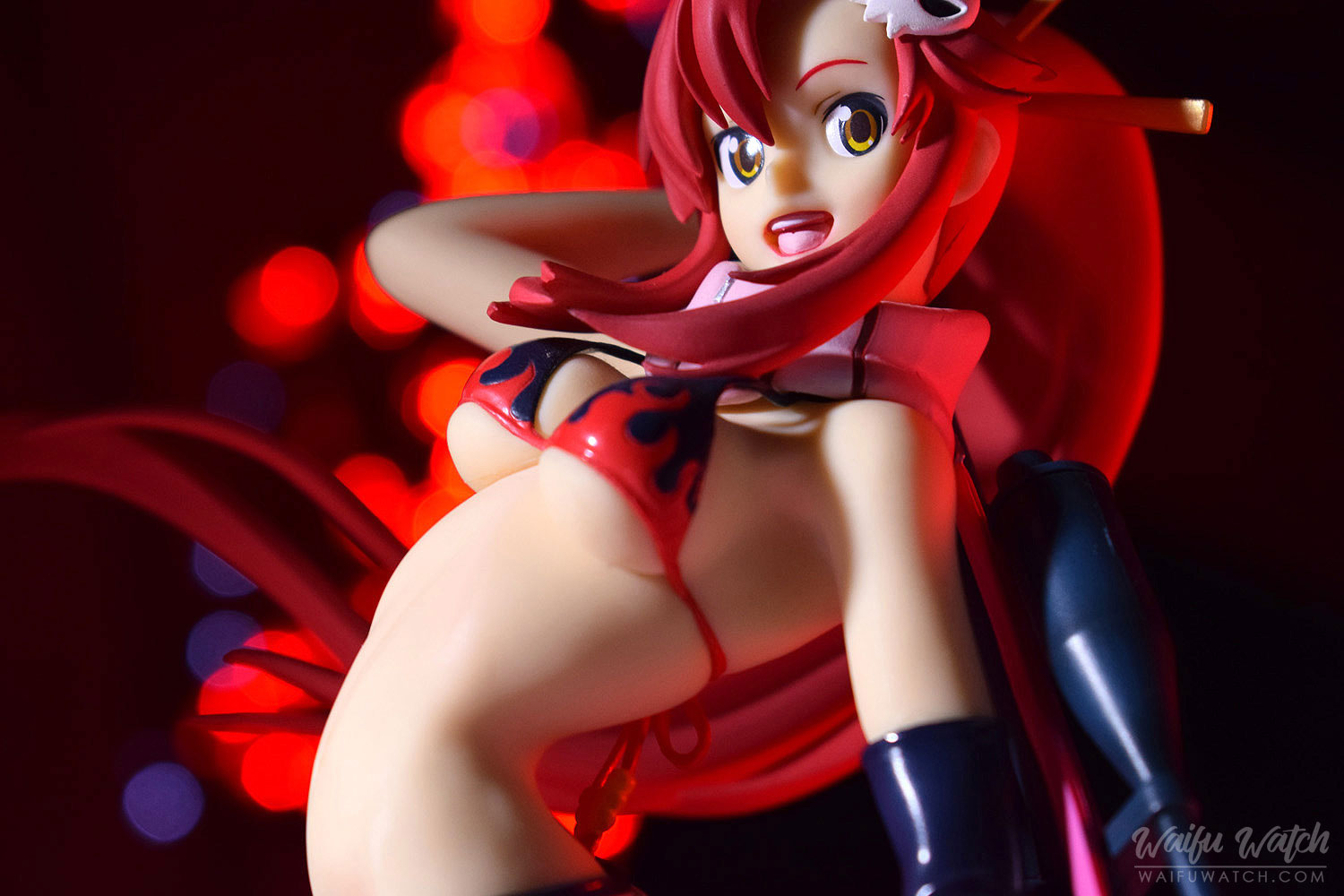 I’ve got to be honest – I don’t really like Tengen Toppa Gurren-Lagann very much at all. It’s good for the first 8 or 9 episodes, and then all the life and soul gets sucked out of it, the protagonist (who I already didn’t like much) goes full emo for a few episodes… And then, half way through, it turns into a space opera. I barely even managed to finish it.

Still, there were one or two definite bright spots, and Yoko Littner is certainly one of them. Scantily clad and delightfully bad (as in the good bad), Yoko is hard not to like – she’s got a flame print bikini and an anti-materiel rifle, for crying out loud. She was portrayed as quite the badass, at least for a little while, until she got sidelined and they tried to put her in a romance sub-plot and – well, you get the picture. Either way, she’s an extremely popular character for good reasons, and is an all-time classic waifu.

This version of Yoko is actually very impressive for a prize figure. She’s very tall, and while you can tell that her quality isn’t the same as premium figures, she’s still a lot better than many I’ve seen myself. That said, she’s one of those figures that doesn’t have many flattering angles; she’s got a definite case of the “good side” syndrome. I think a lot of that is caused by how awkwardly her back bends – it definitely hurts how she looks from some angles. Also, I didn’t take a great picture of it this time, but her skull logo stand is really cool and definitely a nice touch.

As for the photoshoot itself, with Christmas having just come and gone, I’d been itching to try creating a bokeh effect with some of the leftover Christmas lights. It turned out to be pretty easy to achieve the effect – I might do a write up on that soon. Aside from the lights in the background (which were not really providing any light to the figure), I lit Yoko with a white lamp and a red lamp on either side. The white lamp was flagged, making sure that none of the light leaked into the background. I think it came out pretty well, but I’d like to try again with a more colourful selection of lights and a different subject.