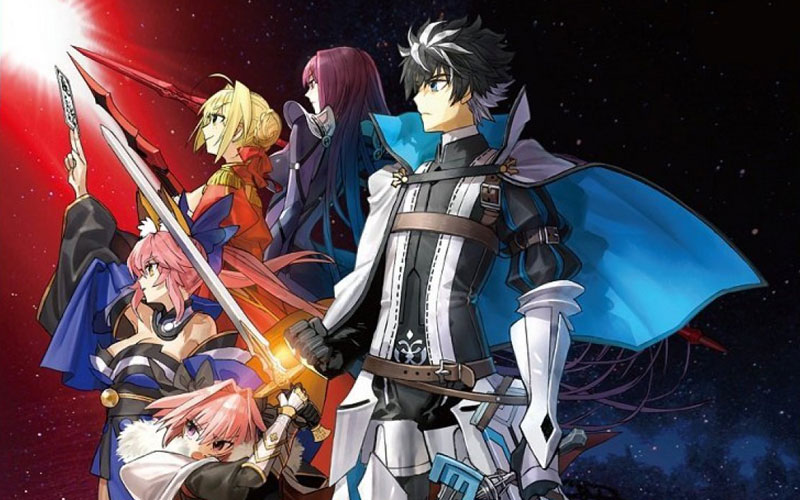 The road towards Fate/Extella Link continues today, with a look at four new heroes and a few other notes. Since I missed last week’s update for personal reasons, we’ll be covering all four of the recent additions to the game at once today. There’s a lot to look at, so let’s get right to it, shall we?

Over the past few weeks, Marvelous has been hosting live streams to reveal more of the game’s 10 new characters. In the past two weeks, they’ve revealed four new characters. All of these are returning characters from previous parts of the Fate franchise, and they all have a ‘Link’ to other characters on the roster.

Our first servant is Arjuna, a Fate/Grand Order debutatant. A hero from the Indian epic Mahabharata and a prominent figure in Hindu Mythology, he is Karna’s half brother and fated rival. He is an Archer class servant, who wields the divine bow Gandiva in battle. His Noble Phantasm is Pashupata.

Personally, I’m pretty indifferent about Arjuna’s inclusion. While I really like his design, I’ve never had much of a connection with the character. That said, I am interested to see how he interacts with Karna in this setting, and it does make sense to include him for that reason. Plus he’s pretty popular with the ladies, from what I understand – Husbandos need some time in the spotlight too, you know?

Next up is Darius III, a Berserker class servant. He is the last king of the Achaemenid Dynasty in Persia, who battled Iskandar, the King of Conquerors, on several occasions. Like Arjuna, he is a Fate/Grand Order original. He stands over three meters in height, and his Noble Phantasm is the Athanaton Ten Thousand, his mighty army.

This one is a bit disappointing to me – while Darius certainly has a spot as Iskandar’s rival in this game, he’s not a particularly thrilling character. Outside of his rivalry with Iskandar, he doesn’t have a lot going for him. While his giant black and gold frame will surely look imposing in battle, I’m not sure what he offers that Lu Bu didn’t already provide. Still, I’d like to be proven wrong!

Onto the most recent additions now, we have Gilles de Rais, a Caster class servant. Once Jeanne d’Arc’s faithful follower, her death – and his dabblings in the occult – eventually drove him to madness, and he became one of history’s most infamous monsters. He uses his Noble Phantasm, Prelati’s Spellbook, to summon masses of gruesome tentacle monsters to fight for him. He debuted in Fate/Zero, where he earned even more infamy, thanks to his distinctive bulbous eyes and his passion for “the ultimate COOL”.

Another disappointing reveal, really. Gilles de Rais has had quite a lot of exposure already, thanks to his prominent roles in Fate/Zero and Fate/Grand Order. While his inclusion makes sense due to his connection to both Jeanne and Artoria, these are aspects of the character that have been pretty thoroughly explored in the past. He also takes the final Caster spot, which means that Nursery Rhyme is out of the runnings, a fact that is sure to disappoint her fans quite a bit.

Finally, we have another Berserker. This time, it’s Lancelot, another returning character from Fate/Zero. He is perhaps the most famous and strongest of the Knights of the Round Table, best known for falling in love with King Arthur’s wife, Guinevere. This would spark not only his own spiral into madness, but helped to bring about King Arthur’s downfall as well. His Noble Phantasm, Knight of Owner, is a special ability that allows him to wield anything he perceives as a weapon – be it telephone poles or sub-machine guns – with the power of a Noble Phantasm.

Lancelot is perhaps the most exciting of the four characters we’ve looked at, but is still a bit disappointing as well. While it will be interesting to see how he interacts with Gawain due to their lingering animosity, his connection to Arthur was already covered in Fate/Zero. As well as this, he’s not a very talkative character – the majority of his dialogue is going to consist of him gargling “AAARTHUUUR” and roaring. I’m not really a fan of having all of the game’s Berserker servants be of the “speaks in roars” variety – it would have been nice to have at least one that could properly interact with other characters through dialogue. On the bright side, his moveset should be pretty exciting – his Noble Phantasm is one of my favourites in the Fate universe to date. What’s not to like about a knight with a gatling gun?

Next up is a quick look at a trailer featuring Artoria’s new costume, where she dresses up like Altera. It looks pretty cute in game, doesn’t it? Part of me wonders if they’ll ever explain this miraculous fusion, but at the end of the day, fanservice doesn’t always need to make sense.

Once again, this costume is a preorder bonus for digital preorders through the PlayStation Store. It’s sort of disappointing that they’re pushing this costume so heavily, considering that it’s yet another retailer exclusive bonus – especially for someone like me, who much prefers to own physical media. As I’ve said before, though, it wouldn’t be too surprising to see this made into a figure some day – there’s certainly enough fans of Artoria and Altera to sell it to. 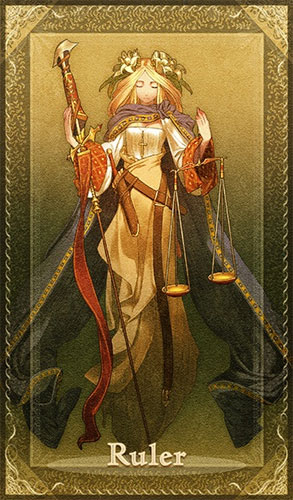 With today’s update, Fate/Extella Link has revealed nine of its ten new characters. The final servant, as we know, is a Ruler class servant. In terms of existing characters, that gives us a pretty limited selection, the most likely of which is Fate/Apocrypha’s Amakusa Shirou. He would make the most sense of the remaining Rulers that we know of, due to his obvious connection to Apocrypha alumni, most notably Jeanne d’Arc. However, Fate/Grand Order’s Sherlock Holmes is also a possible option, due to how heavily he’s been promoted as of late – however, he doesn’t have a lot of reason to be there. Meanwhile my favourite Ruler – the bikini-clad St. Martha – seems like too much of a long shot, for several reasons.

Of the two more likely options, I’d rather see Sherlock take the spot – I don’t find Amakusa all that interesting as a character or design, so he’d be another disappointing reveal, at least in my opinion. However, the most exciting option – and the one I hope we get – would be someone new and surprising. Whether this is an Extella series original like Charlemagne and Archimedes, or a returning character in a new role doesn’t really matter to me; I just want to see something we haven’t seen before.

Either way, we’ll find out who the game’s final character is within a week’s time, as the new Ruler will be revealed on another upcoming livestream that will air on the 4th of April, at 18:00 JST.

So, that’s all we have for this week! We’ll be back again soon to take a look at the new Ruler, and anything else that might have popped up. As for this week’s update, are you looking forward to the latest additions to Fate/Extella Link, or were you a bit disappointed? Let me know in the comments below, or get in touch with me @WaifuWatchBlog on Twitter. Until we meet again!