One Piece Odyssey Returns to Water Seven in New Trailer 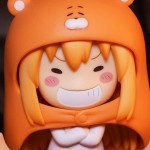 Bandai Namco has revealed a new trailer for One Piece Odyssey, the upcoming RPG based on the popular One Piece franchise. The trailer features a look at the newly revealed Water Seven chapter.

In One Piece Odyssey, players will embark on an adventure with Luffy and the Straw Hat Crew as they try to regain their lost powers. To do so they will visit “Memoria”, a world built from the memories of their previous encounters, leading them back to important locations in their history such as Alabasta and Water Seven.

In Water Seven, players will experience a new story focused on Usopp and Robin. This quest will lead them to familiar places like the Gallery-La Company where they’ll meet past friends and foes like Franky’s gang, Iceburg, Aokiji and CP9 members Lucci and Kaku. But while places and situations can look and feel familiar, nothing is exactly the same in these memories and players will experience new twists on the story they know and love.