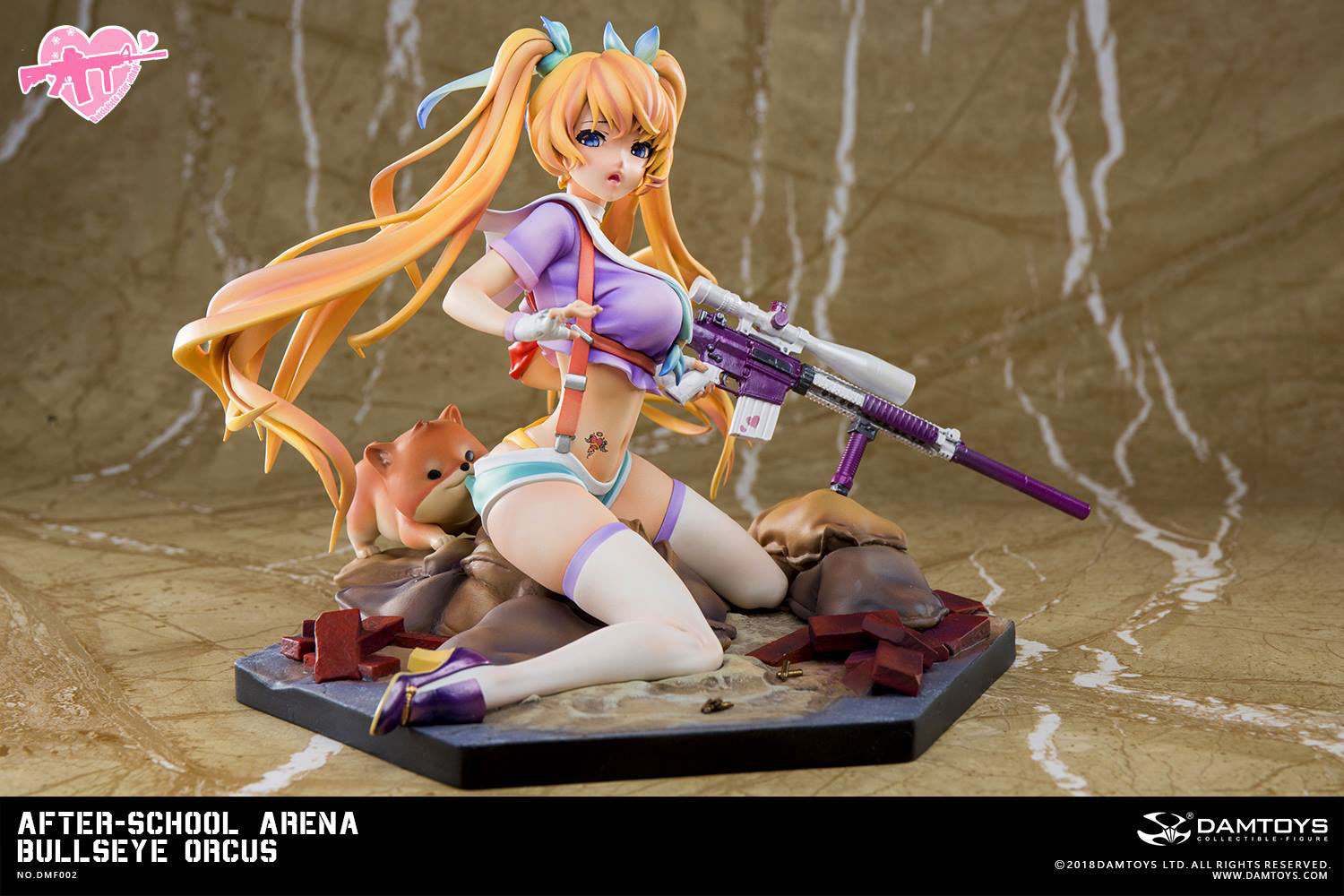 Pre-orders are available now for a new figure from Hong Kong based manufacturer DAMTOYS. This is evidently the second figure in the After-School Arena series, Bullseye Orcus. Orcus is 1/7 scale and roughly 12cm tall. The figure is made from ABS and PVC.

Bullseye Orcus is scheduled to release in Q2 2019, with some retailers suggesting an April release date. The figure has a ¥19,980 RRP and is available to pre-order from various stores, including AmiAmi and Nippon Yasan. 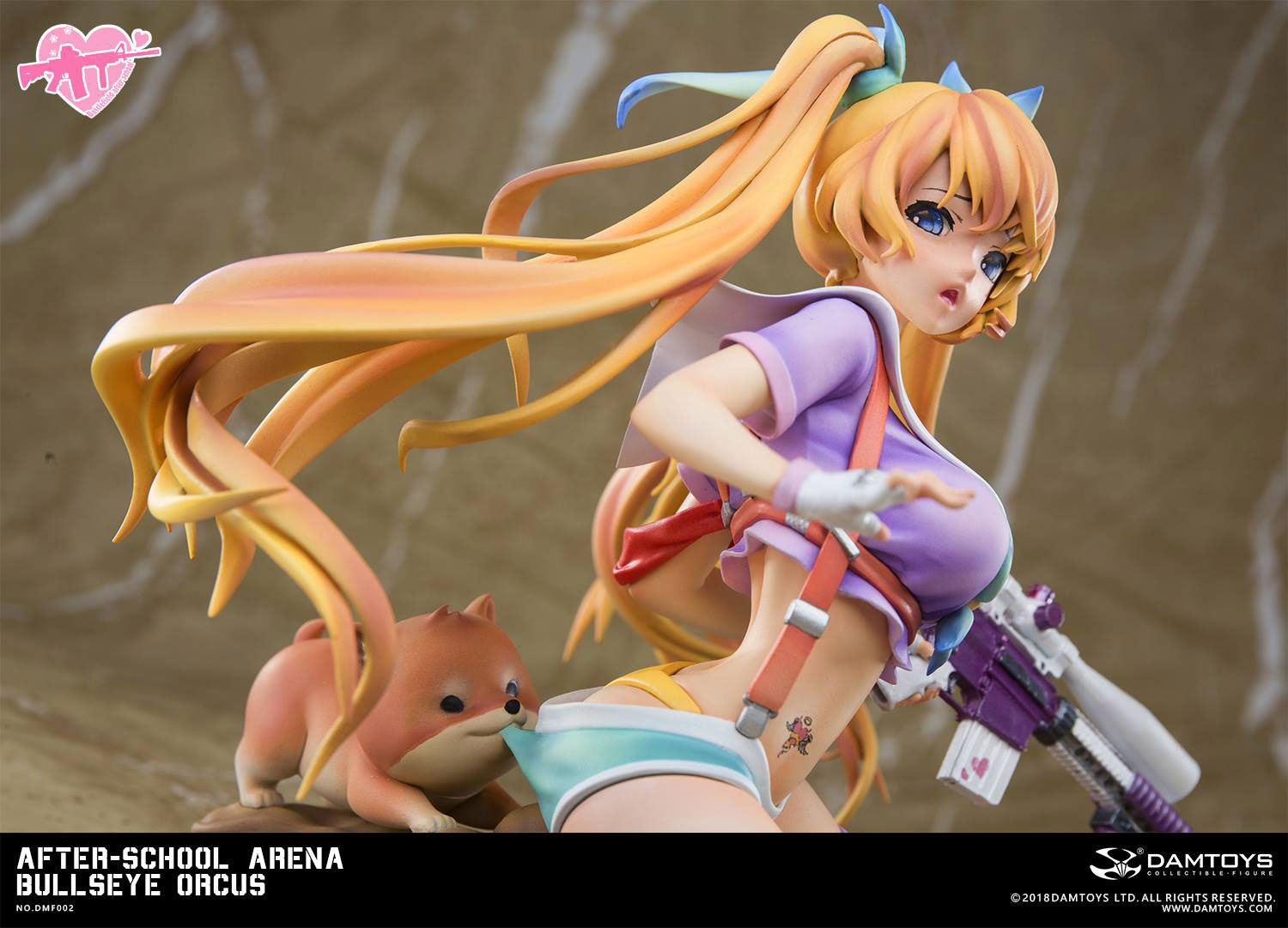 This one kinda came out of left-field for me. I’d never heard of DAMTOYS before, and if you check out their website (which is undergoing a revamp at the time of writing) you can see that much of their work appears to be based on Western properties and characters, including things like Assassin’s Creed and the Terminator movies. Their work does seem pretty good, though, at least from what I’ve seen. I am a bit curious why their logo appears to be based on the old Hitman series logo, though…

Anyway, onto the figure itself. Bullseye Orcus is not something you see every day. The design is cute and colourful, but it has some questionable features. The coloured gun with love-heart decals is a bit much and the tattoo on her stomach seems an odd choice. It sorta feels like a Western audience’s idea of an anime character, if you get what I mean; there’s something quite not-Japanese about it. It would make sense, given the figures they usually produce. I do like the figure overall, though. The little puppy (I think it’s a Shiba Inu?) pulling on her shorts is especially cute – it’s a charming detail that adds a lot of character to the piece.

Orcus is on the pricier end of things, but most stores I’ve seen aren’t charging the full RRP for the figure. It seems to be of a pretty solid quality from the photos provided, and DAMTOYS’ other figures appear to have a high standard of quality as well… Still, I’ve never heard of the company before, so I can’t speak for how well the figures actually turn out upon release. I’d certainly be interested to find out how this one turns out, but again, my calendar is packed up and my wallet is empty. But we’ll see!