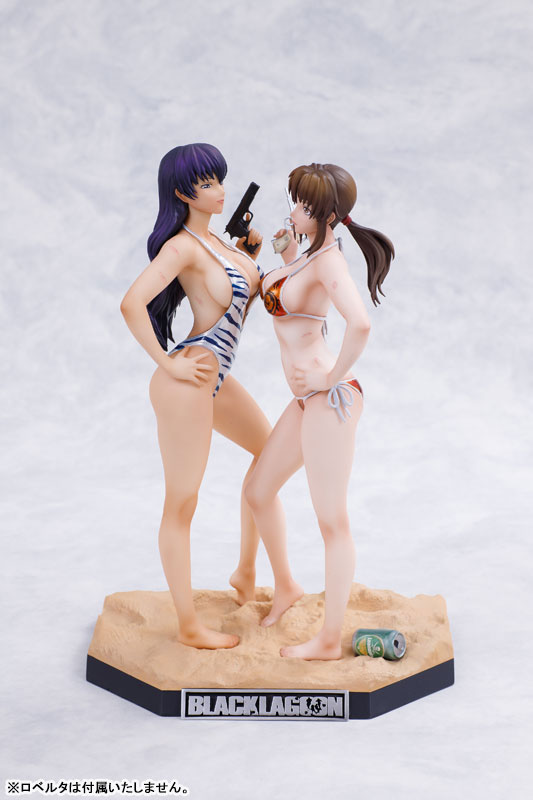 Pre-orders are available now for two new figures from New Line, featuring Revy and Roberta from Black Lagoon. The figures (sold separately) recreate a classic illustration by series creator Rei Hiroe (seen below). Each figure comes with a different stand to display both figures on. Revy comes on a sandy beach, while Roberta comes on a ship deck, complete with rail. The figures are 1/6 scale.

Revy and Roberta are scheduled to release in January, 2019, and have a ¥13,200 RRP (tax excluded) per figure. You can pre-order them now from AmiAmi (Revy, Roberta) and other retailers. 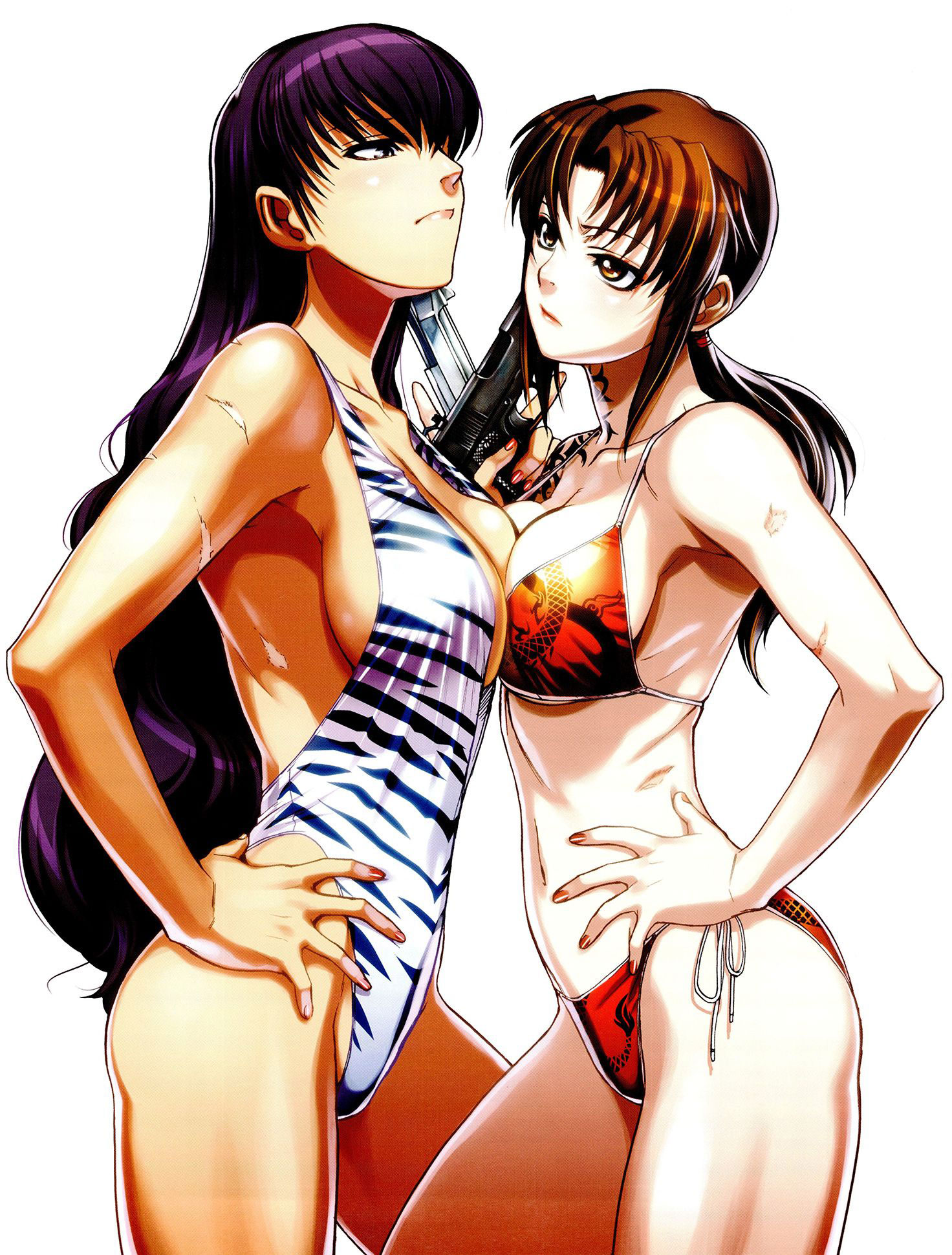 Anyone who’s followed my art probably knows that I’ve got a soft spot for swimsuits and strong women; in other words, these figures should be right up my alley. Black Lagoon is a pretty notorious series (Revy is a Waifu of the Week winner, in fact!), but I must admit I’ve never seen it. Still, these are characters I’ve seen before.

That said, I’ve got some gripes with these figures. The first is that there’s something a bit off about the faces on these two. Roberta doesn’t look anything like the illustration, and Revy seems to have a much more passive expression. It’s a bit disappointing.

The second is that these figures are clearly meant to be displayed together, and so they feel a bit awkward on their own. This is especially obvious when the figures are shown on the diorama bases. The description for the figures does mention that they include bases for displaying them alone, but these aren’t actually shown in any official photos – it would have been smart to show those as well, I think.

Overall, I like the idea a lot, and the presentation of the figures together is really cool. I’m a bit iffy on the faces though, and from a quick glance, I’ve seen hit-and-miss reports about New Line’s quality overall. I think if I were going to pick these up, I’d wait and see how the finished products turn out first. They’re fairly pricy, after all, and you’re probably gonna want both – best to be sure before plunking down that much cash, y’know?