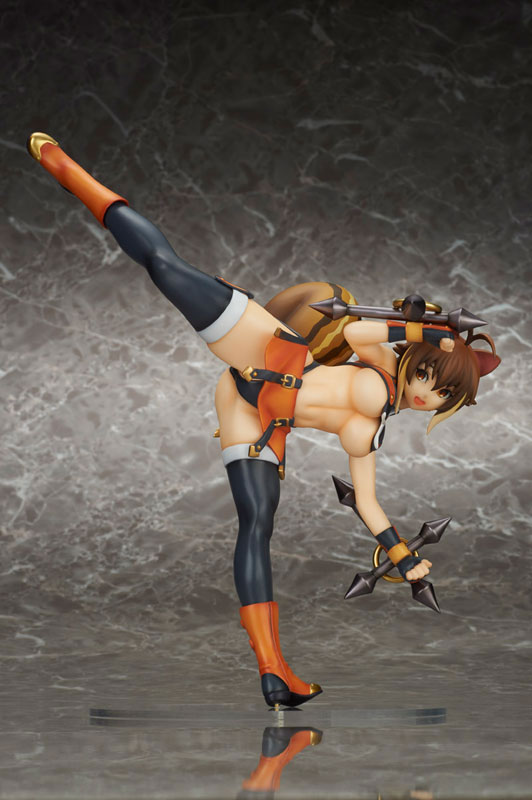 Bellfine’s Makoto Nanaya (from BlazBlue Central Fiction) figure is available to pre-order now. Makoto is 1/7 scale and stands about 24cm tall. This appears to be a re-release of the figure, which initially released in December, 2017.

You can pre-order Makoto from various retailers, including AmiAmi and HobbyLink Japan. She’s scheduled to release in March, 2019, and retails at a ¥14,500 RRP (tax excluded). 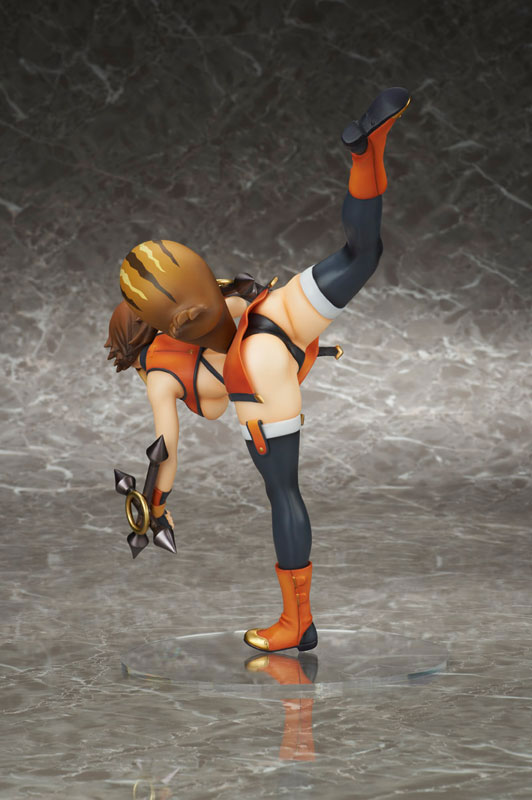 This is an… interesting pose, isn’t it? It’s definitely more unique than most, but I don’t know if I’m really a fan. The figure catches Makoto in the middle of a high kick, but it just seems a bit clumsy and awkward from most angles. Still, I always appreciate when a figure does something different. It’s also pretty great for the perverts out there, since she’s not really hiding anything here.

That said, I think the body sculpt looks excellent, especially around her stomach, legs and backside. The paintjob looks really good too, especially the glossy tights and vibrant orange clothes. I can’t sneeze at the quality being presented here. The price seems decent, too.

BlazBlue isn’t really my go-to when it comes to fighting games (I always preferred Guilty Gear, Arc System Work’s other flagship franchise), so I’m not particularly attached to this figure or the character. When you add in the awkward pose, I think I’d probably pass on this one.

However, I do think if you’re a fan of the character, it looks like a well made piece. Bellfine’s reputation in the past has been spotty, although I have heard that their quality standards have risen. As I’ve mentioned before, I’ll have chance to judge Bellfine’s work for myself once their Minamoto no Raikou figure arrives.