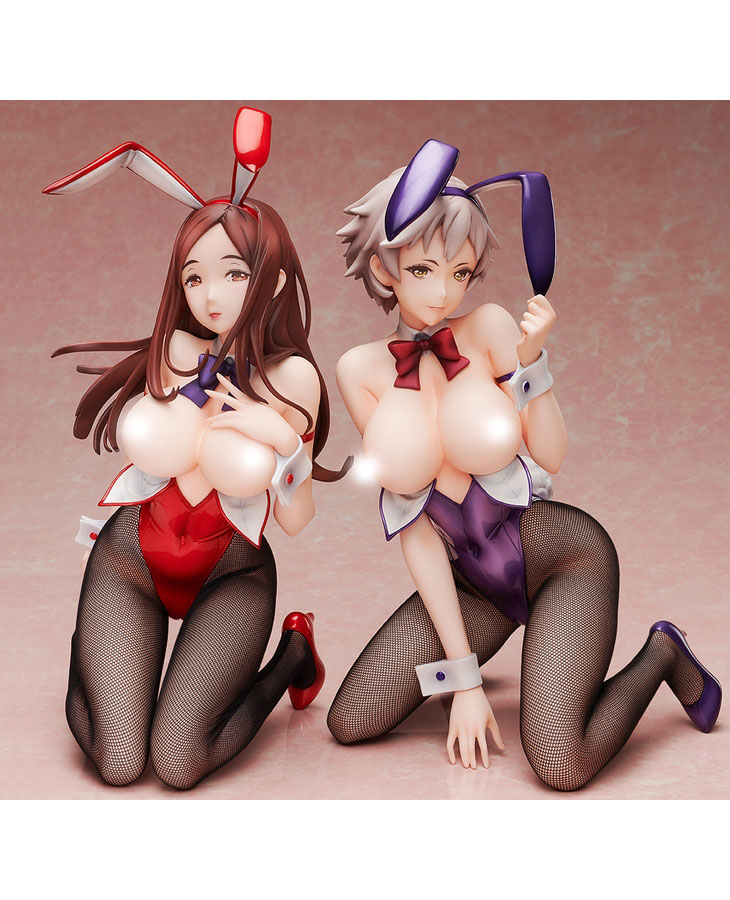 BINDing’s buxom bunny girl duo is now available to pre-order! Yoko Akagi (left) and Rei Tsukushi (right) are designed to compliment each other – as you can see, they’re quite the pair! The figures are 1/4 scale, and stand 290mm and 270mm tall respectively. Both figures feature cast-offable bra cups.

Both figures are availble to order from the Native Store, at a ¥23,800 RRP for each figure. Pre-orders for Yoko will remain open until September 12th, with the figure releasing in March 2019. Meanwhile, pre-orders for Rei (who was announced last month) end a little earlier on August 29th, with a February 2019 release date.