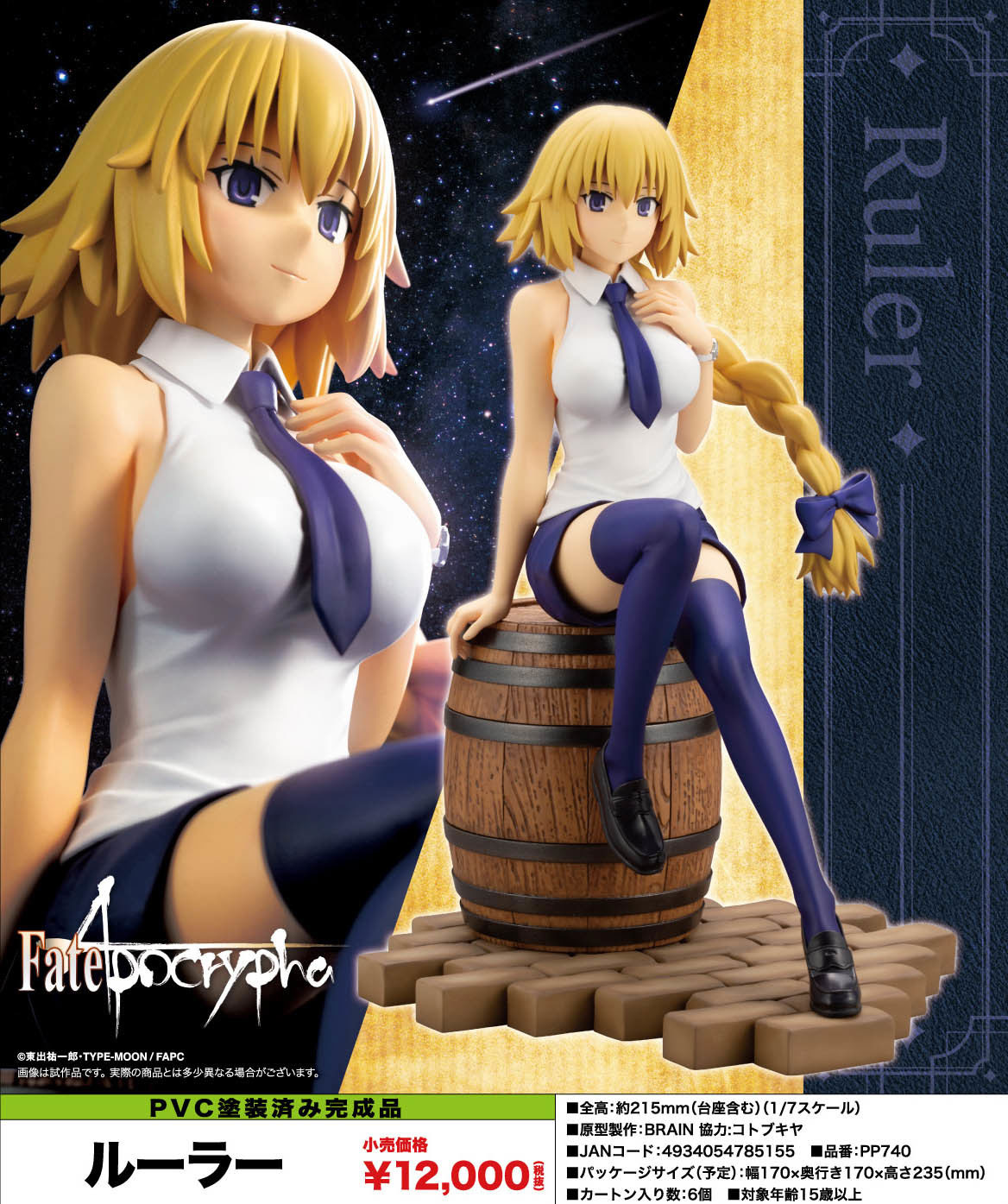 Kotobukiya’s Jeanne d’Arc (from Fate/Apocrypha) figure is now available to pre-order. It’s a 1/7 scale figure that stands (or sits?) about 21cm tall.

You can pre-order her from various stores, including AmiAmi and Nippon Yasan. She has a ¥12,000 RRP and a scheduled release in January, 2019. 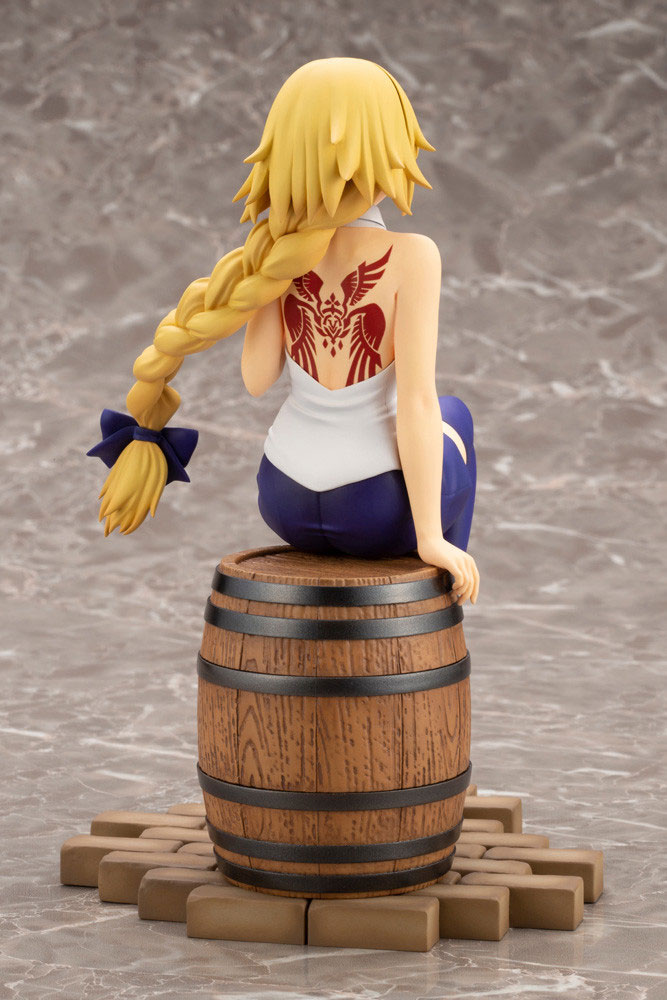 There are quite a few figures of Jeanne out there now, featuring a variety of outfits. This outfit, though, is one I haven’t seen very often. That’s a shame, because I do like her casual wear quite a bit! I especially like that it shows off the markings on her back, which look crisp and clear.

I’m a fan of the overall presentation here – the paving stone base makes this look like something pulled right out of a scene. However, the figure on the whole does look just a bit… bland. I’d put this down to the paint job, which seems quite flat from the photos shown here.

Having reviewed a few Kotobukiya figures before, I can say that this looks about in line with their quality, or perhaps a little better. Kotobukiya’s figures sort of straddle a “middle of the road” level of quality – to make up for that, they also tend to have smaller price tags. Jeanne is a little more expensive, though, which might be something to consider. It’s still a nice looking figure, though, and I think it’s probably worth checking out if you’re a fan of the character.