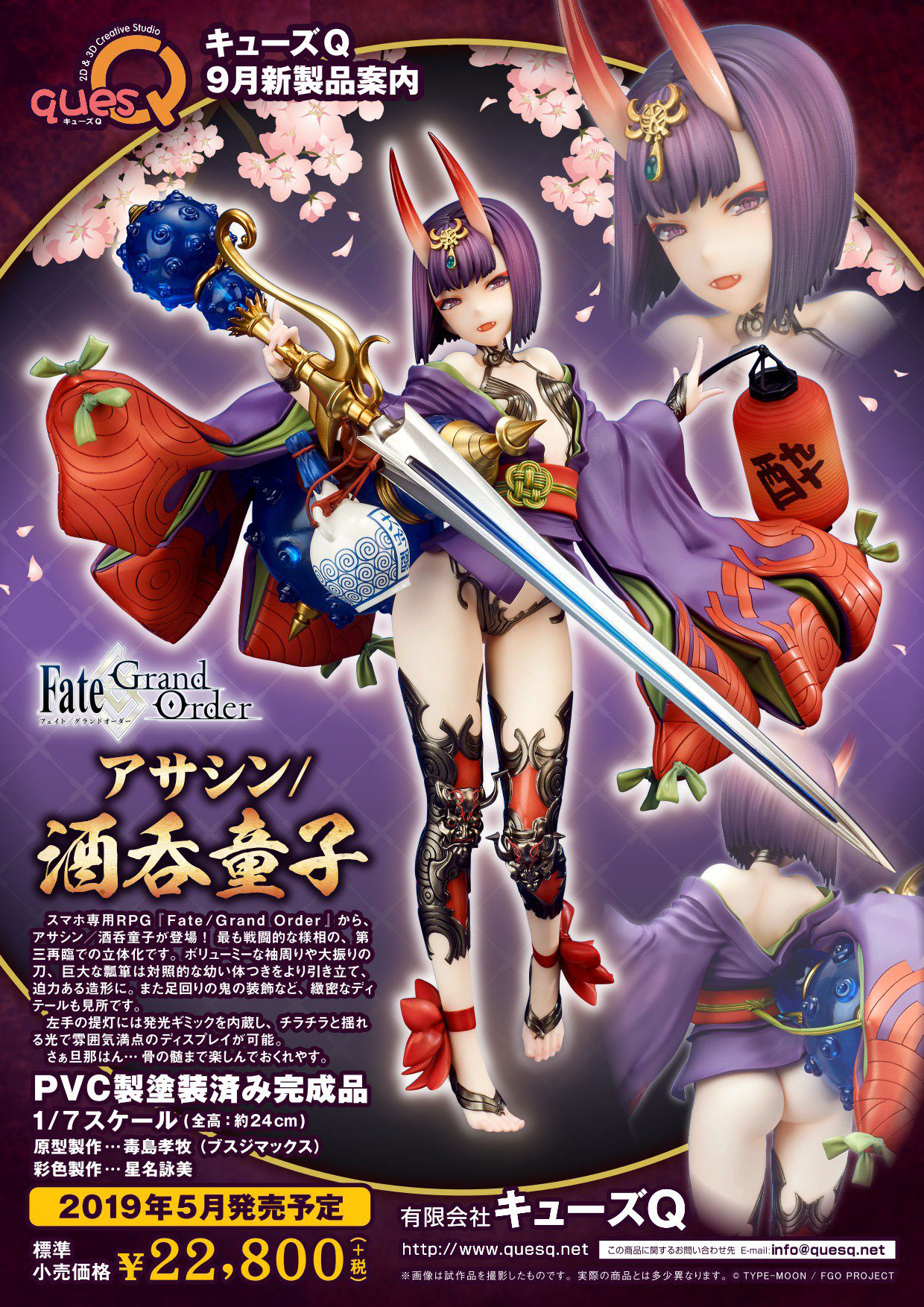 QuesQ has released the details and official photos for their upcoming Shuten-Douji figure (from Fate/Grand Order) ahead of its pre-order announcement, which should follow shortly.

Shuten-Douji is a 1/7 scale figure and stands roughly 24cm tall. The figure is based on her third ascension portrait, so Shuten-Douji carries an ornate sword as well as a paper lamp. The paper lamp features a built in light, so you can display her with the lamp lit if you choose.

The figure is scheduled to release in May, 2019 at a ¥22,800 RRP (excluding tax). Shuten-Douji should be available to pre-order form the usual retailers shortly after this announcement. 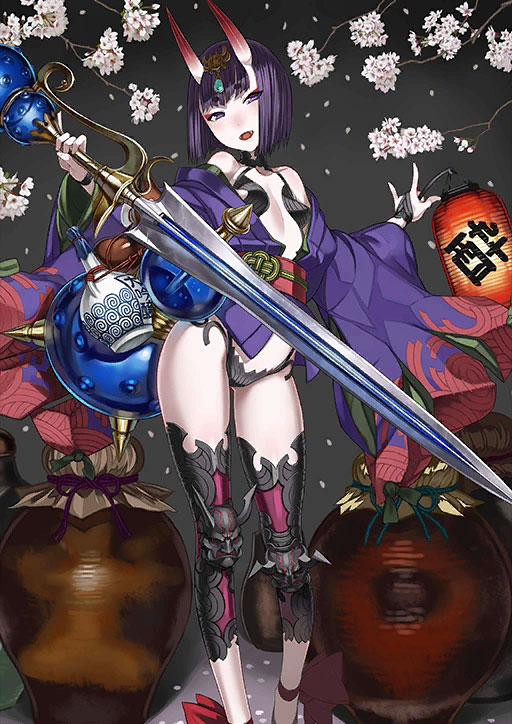 By now it should be no secret that I’m a big fan of illustrator Honjou Raita, especially his work on Fate/Grand Order. Shuten-Douji is one of my favourite servant designs, and QuesQ have done a really impressive job bringing it to life with this figure. The sculpt looks gorgeous, with crisp detailing in every aspect of her outfit and a surprisingly alluring body. The paintwork looks great too, with vibrant and eyecatching colours, along with excellent use of different finishes. The inclusion of a light in the paper lamp is a neat touch, though they’re not clear on how it works as of yet. I’d expect a battery operated LED, perhaps.

Just judging by the prototype photos, I think Shuten-Douji will make a really good display piece – she’s definitely going to stand out in a crowd. I’d be tempted to pick this one up myself, but her price is quite high and my budget is getting tight. There’s a lot of great figures coming out in the first half of 2019! I’m not sure how this figure will fare on the aftermarket, but Shuten-Douji is a fairly popular character from a truly massive franchise, so I wouldn’t be too surprised if she saw a re-release in the future. Still, if you’d like to get this figure, you might want to pre-order her just to be safe – I’m sure that Shuten-Douji fans will be all over this one.