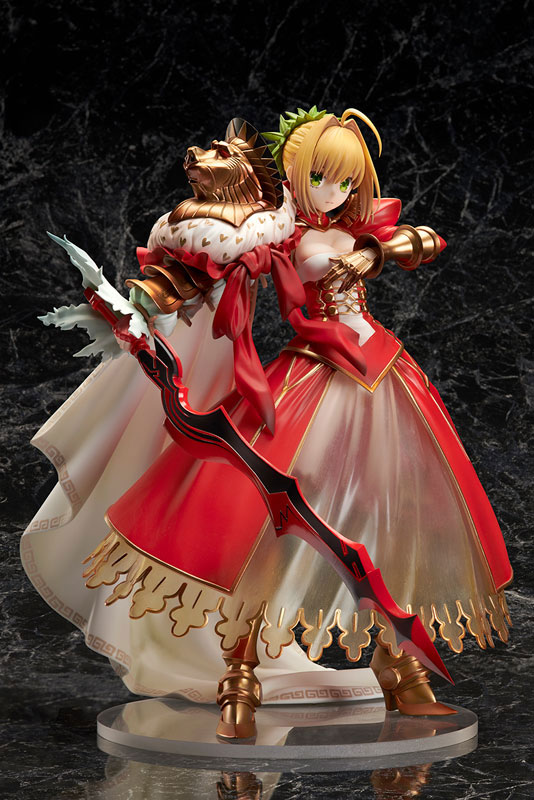 Umu, umu! The crimson Saber beloved around the world, the Emperor of Roses, Nero Claudius, has arrived! Appearing initially in Fate/Extra, this figure by Stronger is based on her third ascension art from Fate/Grand Order. Nero is my favourite Saber, so I’m definitely excited about this one!

This figure is 1/7 scale and about 23cm tall. She’s available to pre-order at a ¥19,800 RRP from various retailers, including AmiAmi, CDJapan, and Nippon-Yasan. 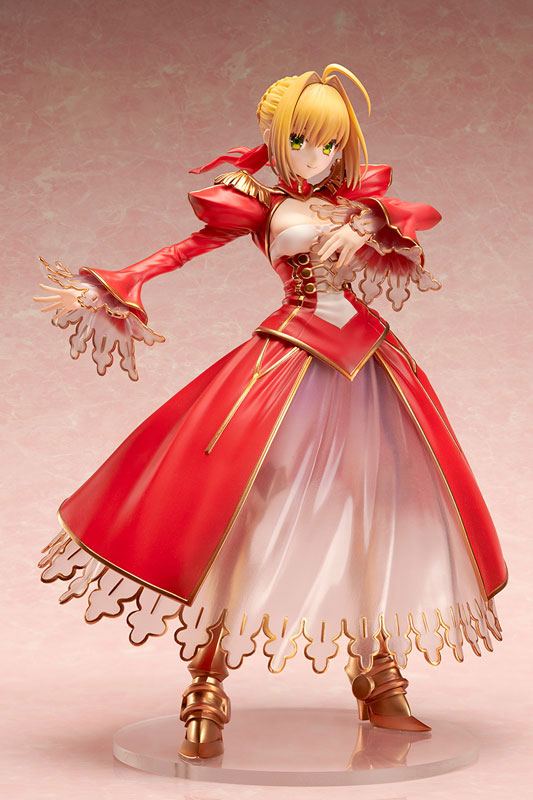 Nero is also available in her first ascension appearance, too! As you can see, she loses the elaborate shoulder ornament, gauntlets and wreath in favour of her more traditional appearance. She comes with an interchangeable hand which allows her to hold her weapon, Aestus Estus – however, it seems this sword only comes with the third ascension variant, so you’ll need to double dip if you want to replicate her second ascension appearance.

While this version retains the same size (1/7 scale, 23cm height), she is a bit cheaper overall. She’s available to pre-order at a ¥14,800 RRP from various retailers, once again including AmiAmi and Nippon-Yasan. She does appear to be a limited edition, so you might find her available on a few less stores.

Both versions of the figure are scheduled to release in May, 2019. I’ll definitely be thinking about picking her up!