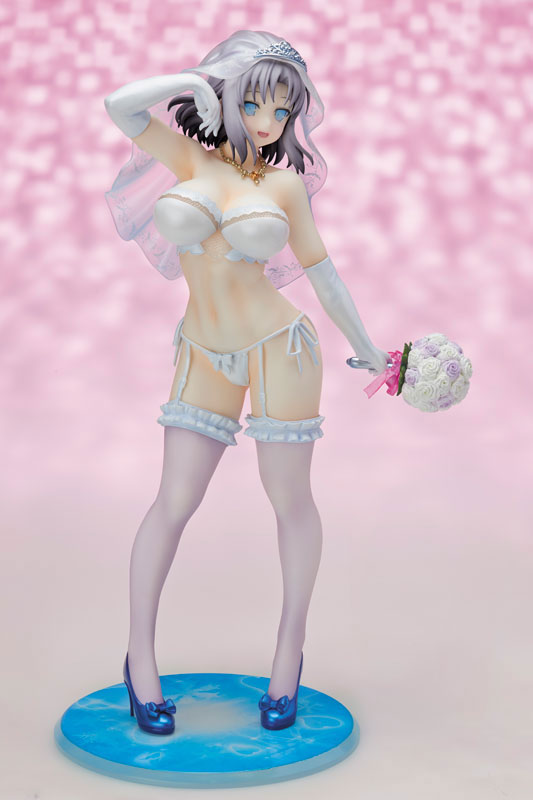 Proovy is reprinting their popular rendition of Yumi, from the Senran Kagura series! This outfit appears in Senran Kagura NewWave G Burst, a Japan exclusive mobile title. Yumi is 1/6 scale and stands around 27cm tall. She has a cast offable bra and a removable veil.

You can pre-order Yumi now from various retailers, including AmiAmi, Solaris Japan and CDJapan. She has a ¥14,800 RRP (excluding tax) and is scheduled to release in January, 2019. 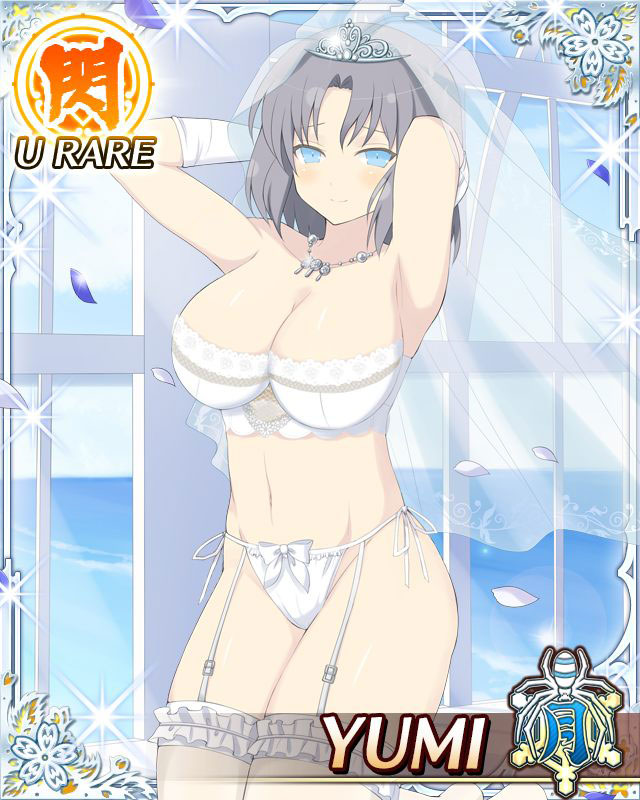 Yumi is my favourite Senran Kagura character, so I’ve naturally had my eye on this figure in the past. I have to imagine it’s a popular one, since it has several variants at this point. It’s definitely a nice looking piece – Yumi is voluptuous and shapely in all the right ways, and they did a great job with her face. The official product photos aren’t the most flattering, so I’d like to see how she turns out in person. Still, although I would like to have her in my collection, I don’t feel that she’s on my ‘must-have’ list. As appealing as she is, she lacks just a little bit of oomph.

It’s somewhat amusing that the figure has a cast offable bra, since the Senran Kagura series has always gone out of its way to show everything but the nipples. I’d half expect to take her bra off to reveal two LEDs! Still, it’s a nice feature if you like that sort of thing. The removable veil is a nice touch, too – customisation options are always cool.

All that said, it’s great to see Yumi get a reprint. There’s obviously demand for it – aftermarket prices for the first release of this figure are quite high, asking around ¥30,000 pre-owned. For people who were looking to add this one to their shelves, you’ll find she’s much more affordable now. If this was one you were waiting for, then now is definitely a great time to grab her.