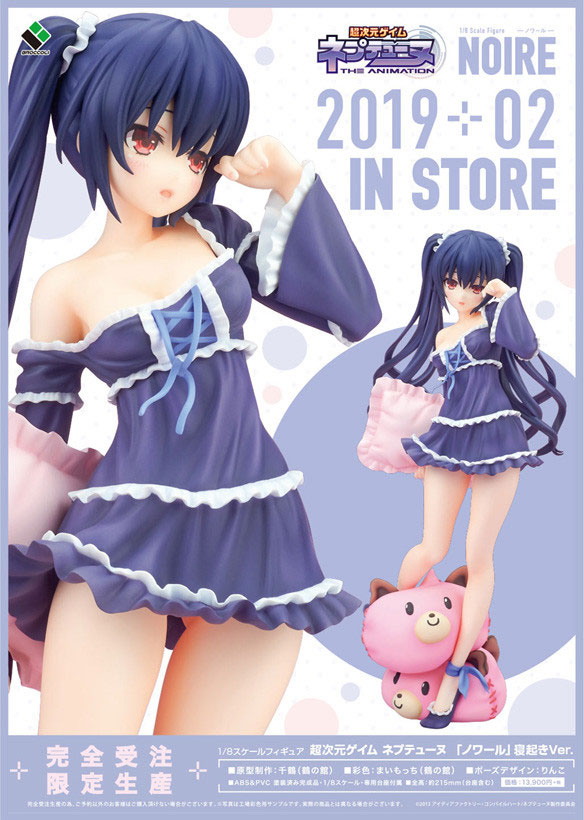 You can pre-order Noire from the usual variety of stores, including AmiAmi, CDJapan, and Solaris Japan. She’s scheduled to release in February, 2019 at a ¥13,900 RRP (tax included). 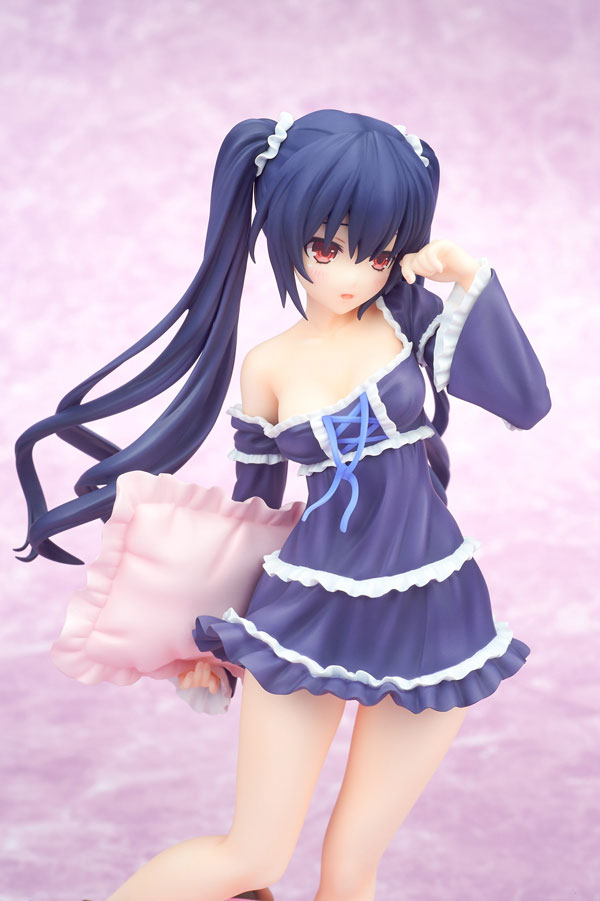 This is a very cute figure! I have a soft spot for girls who look a bit sleepy – probably because I’m such a dozy person myself. It isn’t really the sort of thing I’d go out of my way to buy, but I do like the look of it. I just don’t really collect cutesy figures like this one – they’d look a bit out of place on my shelves, I think. I especially like the teddy bear pillows between her calves. She should be careful, though – it looks like she’s about to trip over them!

Noire looks very well made, judging by the product photos. I always like to see plenty of photos like this – it shows they’re not hiding anything, and gives you a good idea of the full figure. I’m not familiar with Broccoli’s work, but if the final product compares well to the prototype, then this should be a winner.

I think if I was a bigger fan of the Neptunia franchise, and especially Noire, my wallet would be at serious risk here. It’s a great looking figure that really shows off the character’s cute side and has a lot of charm to it.