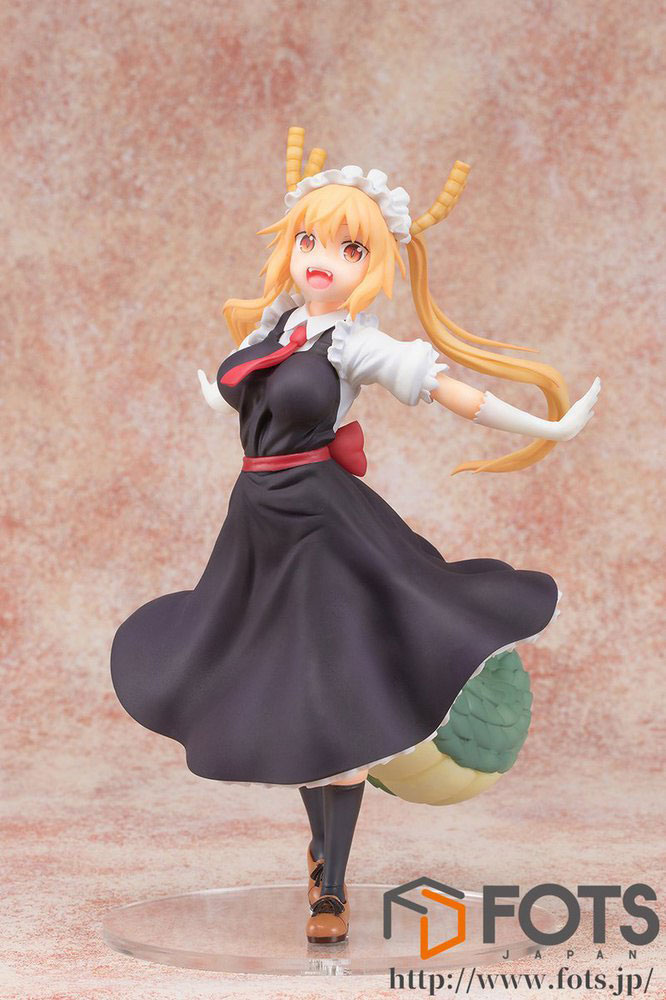 A new Miss Kobayashi’s Dragon Maid (a.k.a Kobayashi-san chi no Maid Dragon) figure by FOTS Japan will be available soon! The figure features Tooru in her maid outfit.

FOTS Japan hasn’t given much info out so far, but we do know that pre-orders will open on July 20th at 17:00 JST. Based on other figures by the manufacturer, you can probably expect a price around ¥13-14,000 (although that’s just my speculation). In the meantime, check out the official photos below.