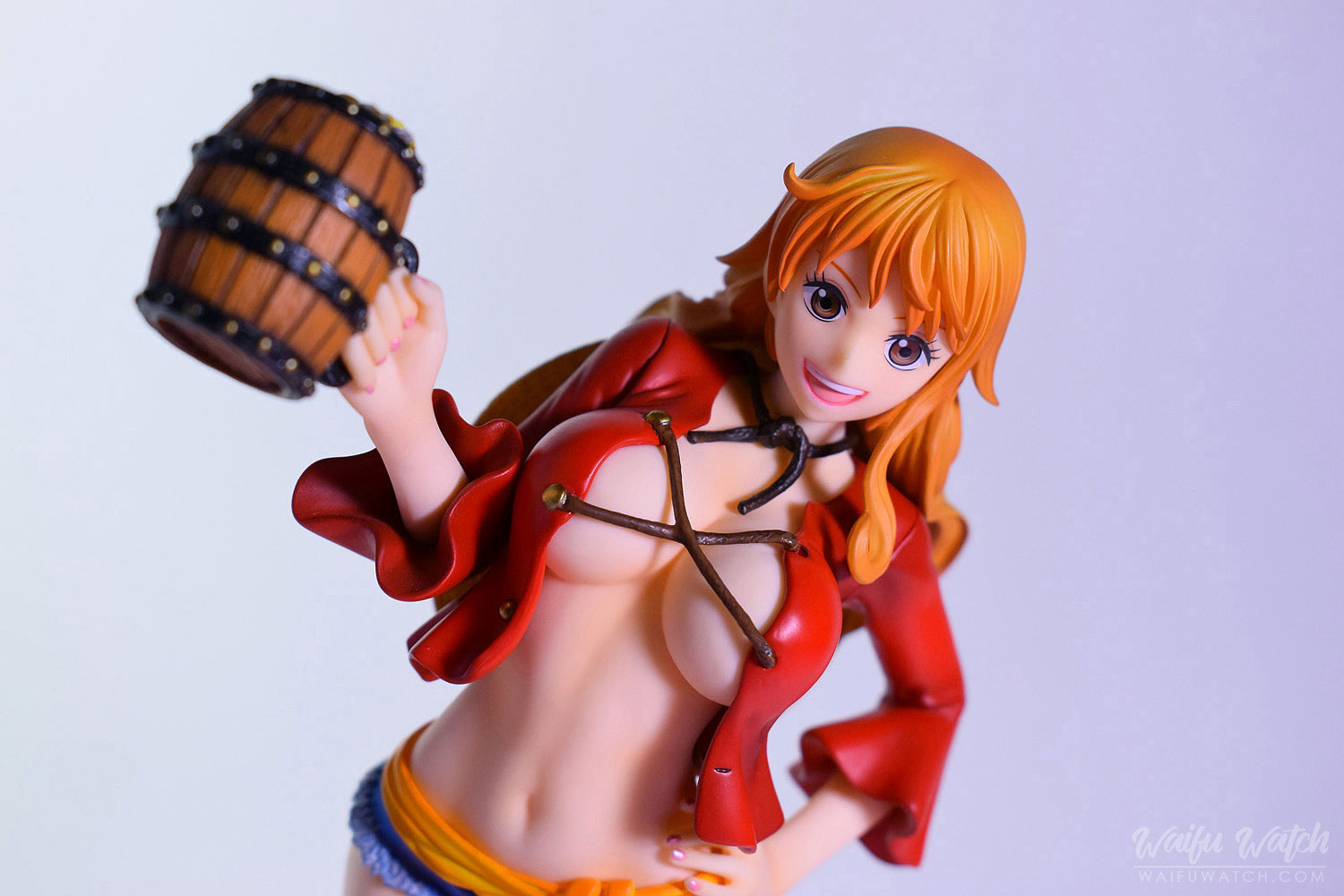 Today we’re looking at another MegaHouse piece – a fantastic rendition of Nami, the Straw Hat Pirates’ navigator. As usual, they’ve done a wonderful job with the quality. Compared to the “ver. BB” renditions of Kalifa and Boa Hancock, Nami’s proportions here are much more sensible – although that’s not to say she doesn’t have curves. Her stomach and rump stand out especially, and her legs are gorgeously sculpted. The only thing I don’t like about this figure is the stand (as seems to be the case with most MegaHouse figures). It’s very gaudy and looks a bit cheap compared to the figure it’s propping up.

This version is called “Mugiwara ver. 2” because she’s wearing Luffy’s outfit, complete with straw hat. A previous version of this idea exists, featuring Nami’s pre-timeskip appearance and Luffy’s pre-timeskip outfit. The result is a lot less sexy, since Nami’s gotten a lot curvier since then, and Luffy’s started wearing his shirts open, presumably to show off his six pack. Boys will be boys, I guess. Regardless, those things combine to make a figure that is cute, charming, and sexy. I highly recommend picking this one up if you’re looking for a great Nami for your collection – it’s one of my favourites.

As for the photoshoot itself, this one was pretty basic. I used two diffused white lamps and a white card backdrop. One lamp was used to light up the background (making sure it turned out more white than grey, as well as helping to eliminate shadows cast by the figure), and was flagged to prevent over-lighting Nami from the back. The other lamp lit the figure, with the aid of two reflectors to help even out some of the lighting in darker spots. A few shots turned out darker than I would have liked, but overall I think the crisp, clean look lends some professional qualities to the set. Maybe that’s just me, though!