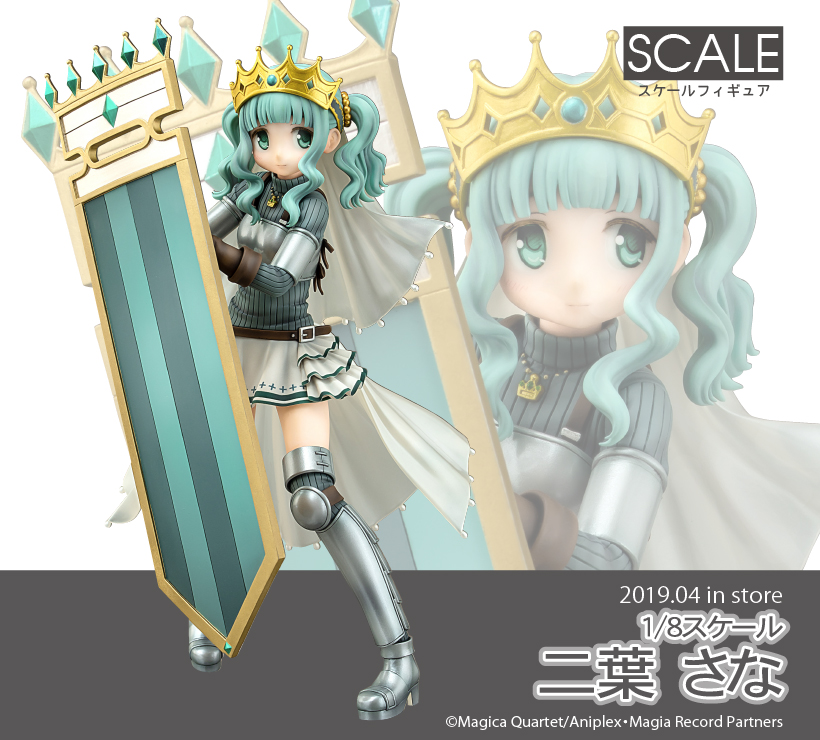 Phat! Company have released official photos and info regarding their upcoming Sana Futaba figure, from the mobile game Puella Magi Madoka Magica Side Story: Magia Record. The figure is 1/8 scale and stands around 20cm tall.

The figure is currently available to pre-order froma variety of retailers, including AmiAmi. Sana has a ¥13,800 RRP (excluding tax) and is scheduled to release in April 2019. Phat! also mentions that Felicia Mitsuki is planned to join her in the future, so look out for that, too.