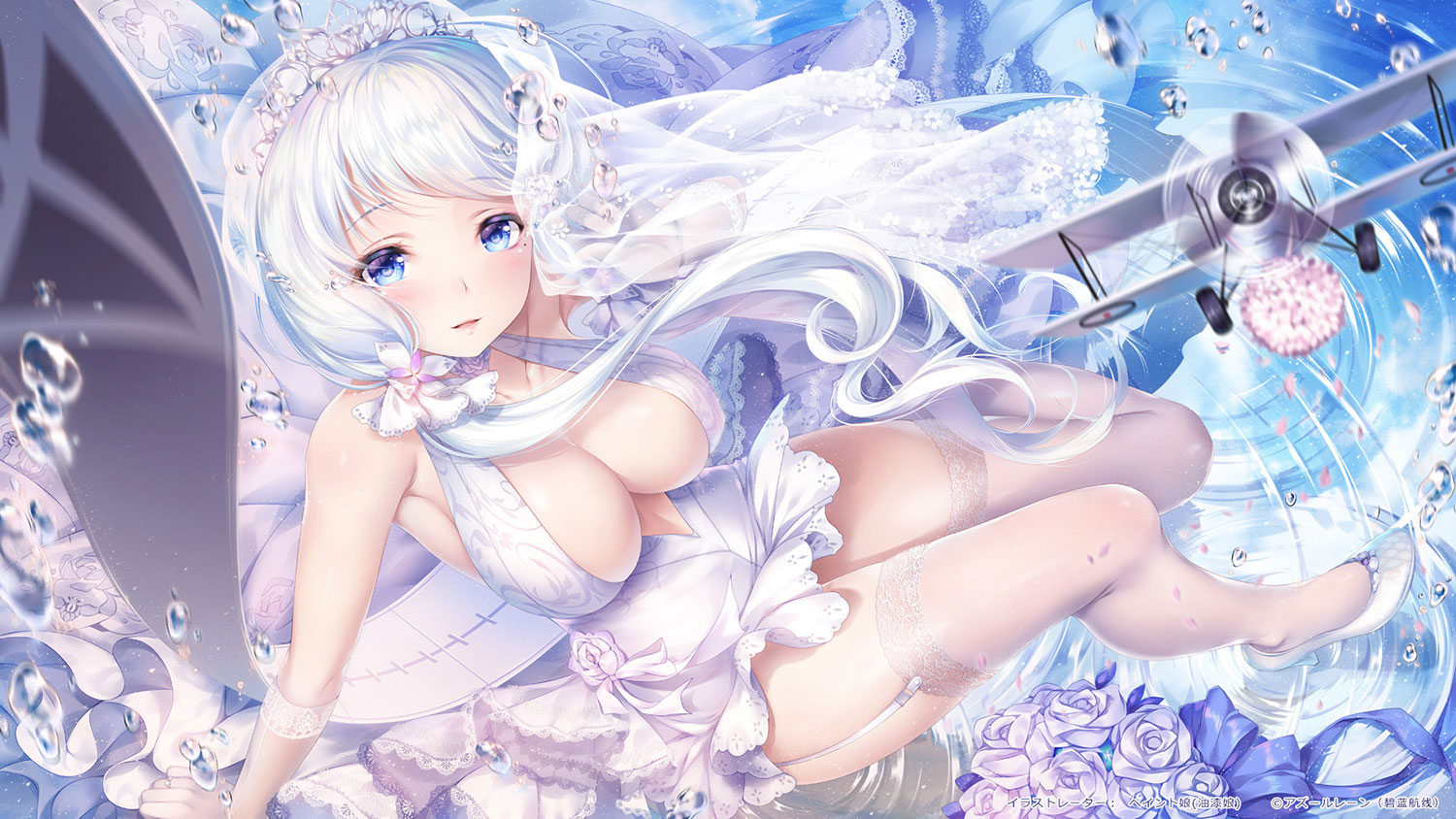 Are you ready to tie the knot with your favourite battleship waifus? The Oath system (sometimes called “Pledge”) is coming soon to Azur Lane‘s English servers!

As you probably guessed, the Oath system allows players to marry their favourite ships. To do so, players must first max their chosen ship’s Affection (noted by the “Love” symbol on their status screen) and then gift them an Oath Ring. Doing so will raise the ship’s maximum Affection to 200, allowing them to gain greater bonus stats from Affection as well. You’ll also be able to rename your married ships once every 30 days.

Oath Rings are available to buy from the Premium Shop for 600 gems each (or occasionally in a discounted double pack) – in other words, each ring will cost $9.99. You can also earn one Oath Ring for free by raising one ship’s affection to 100. Players will be able to marry as many ships as they like, so don’t stress too much over your choices!

Aside from raising your ship’s Affection cap, the Oath system offers a few other rewards as well. Several ships have special costumes which can be unlocked by giving them an Oath Ring.

The eligible ships are:

Bear in mind that not all of these ships are available on the EN server as of yet. You can also unlock a few furniture items for marrying up to seven ships, as detailed below. 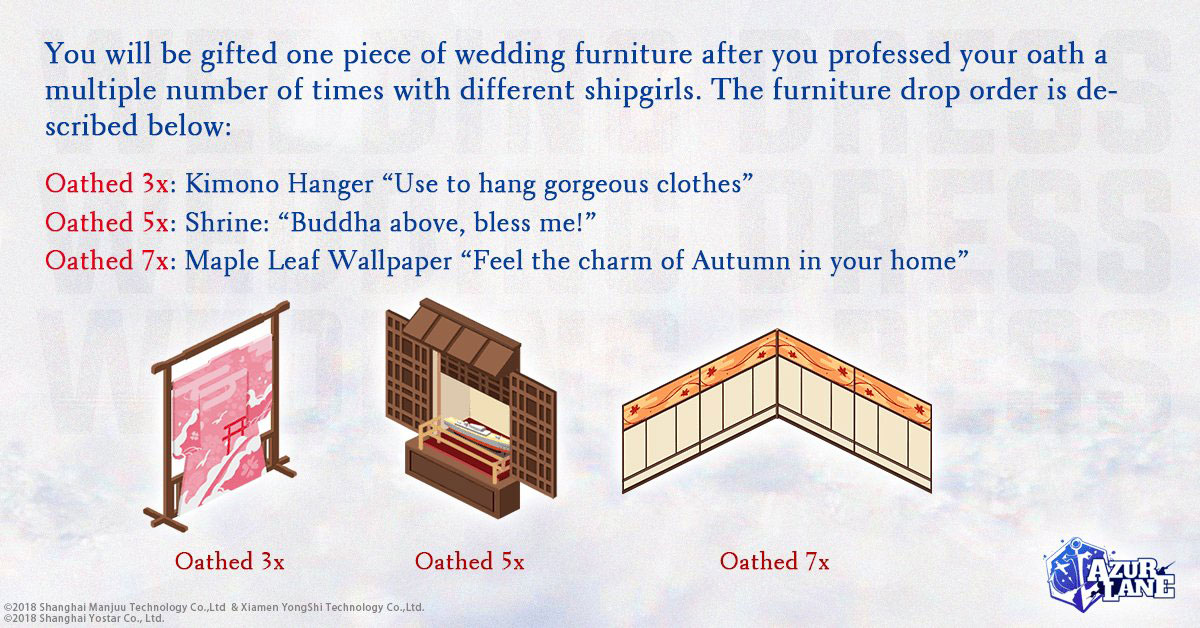 The Oath system will arrive on September 13th (PDT). To celebrate the upcoming release of the Oath system, an official music video was released, which you can check out below.

So, which ships will you be pledging your love to? Personally, I’ll be choosing Hood first of all! Let us know which ship girls you’ll be choosing in the comments below, or over on Twitter @WaifuWatchBlog!