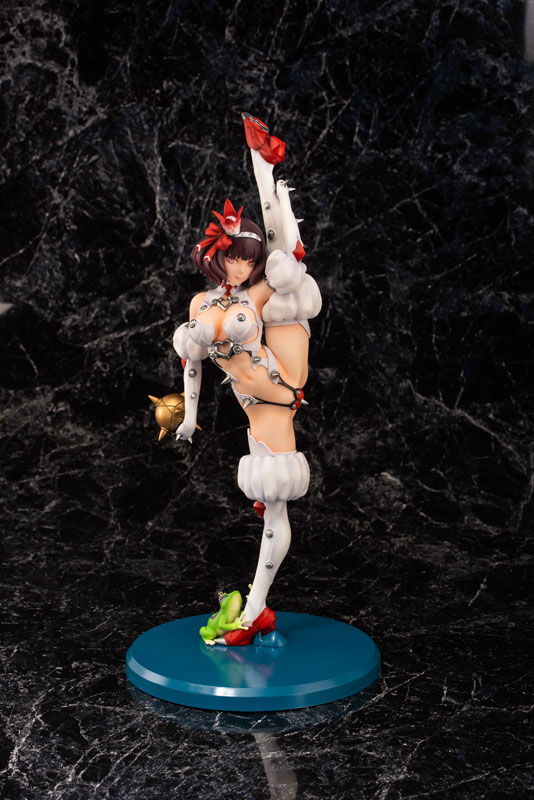 Pre-orders are now open for Daiki Kougyou’s latest figure, Prinzessin und der Frosch (meaning “Princess and the Frog”, as you probably guessed). The figure’s design is based on concept illustrations by Ban!.

The figure is 1/6 scale and stands about 31cm tall. She is cast-offable, featuring removable “underwear” (is it really underwear if it’s her outerwear?).

You can pre-order the Princess from various retailers, including AmiAmi. She’s scheduled to release in May, 2019, at a ¥16,000 RRP (tax excluded). 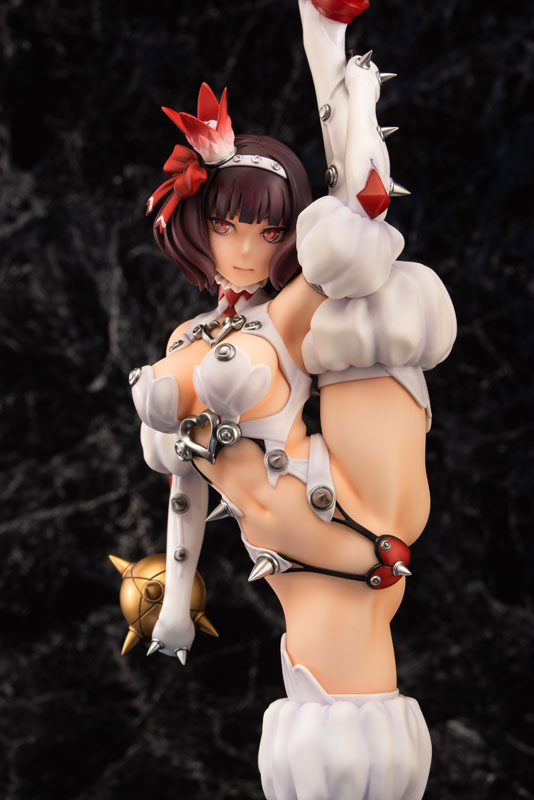 Now, this is an interesting one. You might be thinking this figure looks a little bit familiar – wasn’t there a figure almost exactly like this? Standing split-legged and everything? Well, you’d be correct – the figure shares a basic sculpt with one of Daiki Kougyou’s previous releases, Hana no Yousei-san Maria Bernard.

While this revelation might make this one come across a bit lazy, it turns out there’s more to it than a simple recycling job. Ban recently posted a tweet to explain the similarities between the figures. To paraphrase the tweet, this design was one of the designs originally pitched for the figure that would become Maria Bernard. After the success of Maria, Daiki Kougyou decided to go back and revive this design. Makes sense, since they already have a sculpt to start from, right?

So, the figure itself – I’m not a huge fan. I much prefer Maria Bernard’s more artistic and graceful look. Despite wearing far less clothing (and having her naughty bits on show), she’s a lot more tasteful – at least in my opinion. Still, if this design suits you better, you can rest assured that Maria has a wonderful body sculpt, which this figure obviously shares. In terms of what’s new, the clothing looks really well sculpted and painted. The metallic parts look especially sharp. You can expect this to be a high quality figure when it releases in May next year.

The Princess certainly has a different kind of flavour compared to Maria, but that flavour may be more to your taste. And the price really isn’t too bad, given the size of the figure. It’s not one that I’d buy, (especially as I already have Maria) but I can see this one having a lot of fans.